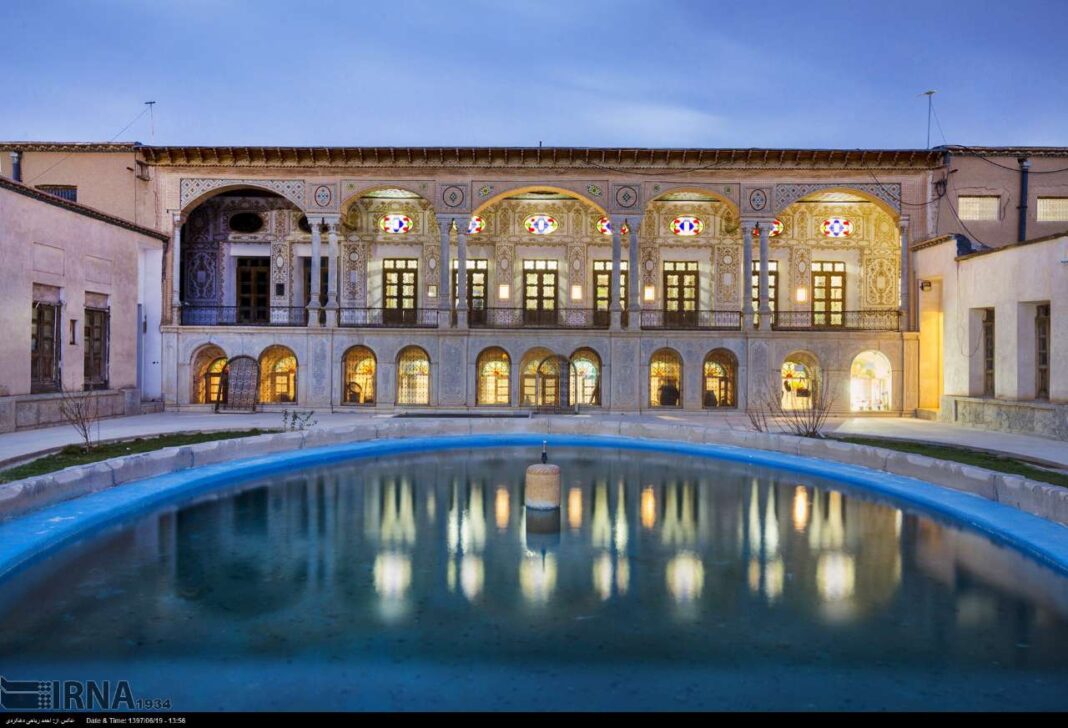 Located in the city of Shahr-e Kord in southwestern Chaharmahal and Bakhtiari Province, the castle was the hub of Chaharmahi rulers, who were ruling the areas under their control by getting help from chief of the villages.

By looking at the dates carved on the columns of this structure one can say it has been constructed approximately in 1323 AH. This complex includes a stone façade, vestibule, andarouni (interior), biruni (exterior), bath, and stable, among other parts. The building has been built in two parts, with an area of approximately 12,000 square metres with an Iranian style during the Qajar era.

The Khan-neshin or khan’s quarters and the castle’s main building is composed of 38 stone pillars, a façade and balcony. It is designed with mythical, floral, animal, bird and angel paintings and stone reliefs.

The rooms of the complex have “London-style” paintings, which was a combination of Western and Iranian art of painting popular in the Qajar era. To decorate the castle, painted scenes from the Layla and Majnun love story next to floral stucco reliefs and Islamic designs such as Quranic verses and paintings showing Joseph and Zuleika story could be seen on the walls.

Here are IRNA’s photos of the castle: