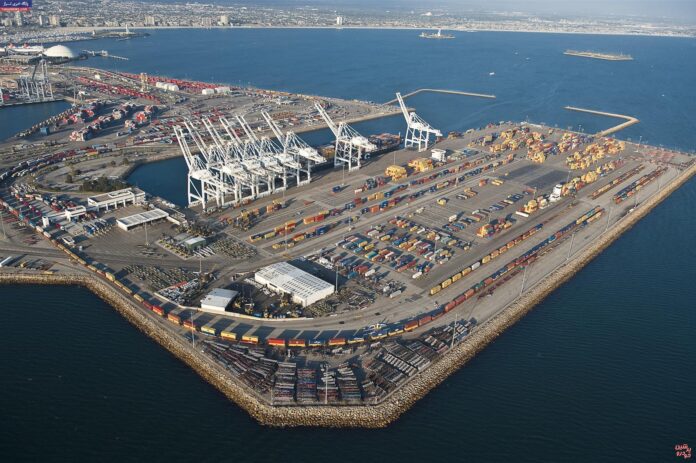 Iran, Afghanistan, and India believe the Chabahar port in south-east of Iran, which is being developed by Indian investors, will play a vital role in the future economy of region, particularly in that of the crisis-hit Afghanistan.

India, Iran and Afghanistan have been involved in negotiations on the development of the Chabahar port since 2003. Chabahar was stuck and delayed for a long time due to the UN sanctions on Iran. The Indian government rushed in after the lifting of UN sanctions, earlier the same year (2016) on January 16 with the signing of JCPOA, the nuclear deal between Iran and world powers, before the situation deteriorated again. India, Iran and Afghanistan finally signed Chabahar port agreement on May 23, 2016.

“Studies show that… the (transport) corridor could bring down cost, time of cargo trade to Europe by about 50%,” India’s Prime Minister Narendra Modi said after the agreement was signed with Iran’s President Hassan Rouhani and Afghanistan’s President Ashraf Ghani.

Future plans include an International North-South Transport Corridor (INSTC) through Iran to Russia and Europe.

“The capacity of Chabahar’s Shahid Beheshti Port increased from 2.5 million tonnes to 8.5 million tonnes after the completion of the first phase, which was inaugurated on December 3, 2017.”

In the first phase of the port, 15 million cubic metres of dredging, 203 hectares of new land, and 1,650 breakwaters have been constructed, and its basin depth is 16.5 square meters. Currently, 100,000-ton ships are capable of mooring, and this can play a significant role in the import and export of basic goods.

Under the agreement signed in 2016, India is to equip and operate two berths in Chabahar Port Phase-I with capital investment of USD 85.21 million and annual revenue expenditure of USD 22.95 million on a 10-year lease. 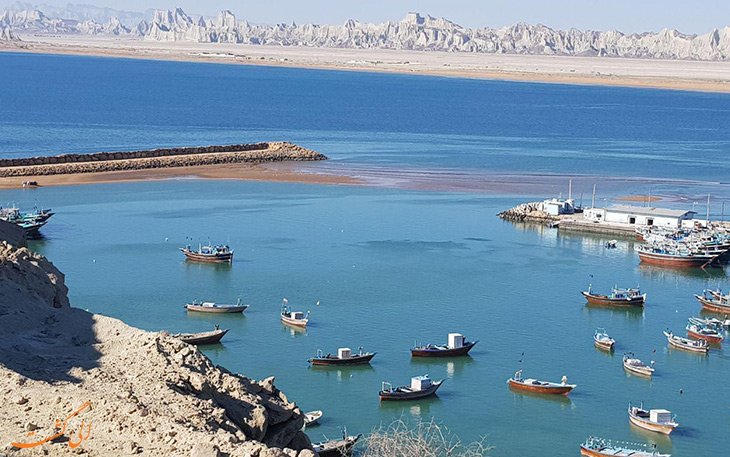 The next four phases of Shahid Beheshti Port will be completed and put into operation, which will eventually reach 82 million tonnes. A total of $1 billion has been spent on preparing and equipping the first phase of Chabahar’s Shahid Beheshti Port.

Chabahar Port is an interconnector between South-East Asia, Central Asia and Afghanistan. The development of Chabahar Port is a driving force for Iran’s economic development, especially in its South East, and port operations can create added value and employment in the south-east of Iran.

The first trilateral meeting between Iran, India, and Afghanistan within the framework of the Coordination Council of the Chabahar Agreement was held on October 23, 2018 in Tehran.

It was decided to constitute a Follow-up committee that would hold its first meeting within two months in Chabahar Port, Iran. It would, inter alia, discuss and aim to finalise protocol to harmonise transit, roads, customs, consular matters that was shared by the Indian side at the meeting for making the route attractive, decrease logistic costs and pave the way for smooth implementation of the Trilateral Chabahar Agreement.

It was decided to hold the next meeting of the Coordination Council in the first half of 2019 in India.

A senior Afghan official stated off the record that the US sanctions are affecting trade scaring off Afghan businessmen.

“The amount of Afghan trace via Chabahar is quite small. What we need is clarity around Sanctions. Traders are unwilling to use the new route with the uncertainty.

There are also troubles with using the banking sector to pay for goods traveling through Chabahar, or even using international shipping companies.

The Indian government officials and people in foreign policy circles (journalists, think-tankers) talk about Chabahar a lot, even making tall claims. But so far they have not done anything concrete to make the Chabahar route into Afghanistan and Central Asia an economically feasible trade route with significant volume of trade handled.”

Jamal Bahrebar, Investment & Marketing Counselor at the Chabahar Port Authority (under PMO (Ports & Maritime Organization of Iran) says, “There are some equipment. Our agreement with Indian company IPGL is to operate and install more equipment. The agreements for the construction of the 2nd phase have not been chalked out yet.

The existing agreement between Iran and India is 18 months period. After 18 months they planned to go for long time agreement which is for 10 yrs. As decided in Tuesday’s meeting, India’s IPGL will start operation within 2 weeks for the 18 months agreement

For the Year 2018, the trade volumes via Chabahar are:

There has been a lot of uninformed loose talk on Chabahar in Indian media articles and think-tanks (Indian and foreign with a New Delhi chapter) conferences & papers. Chabahar and Gwadar aren’t competing military bases! Iran isn’t allowing India to use Chabahar as a military naval base nor has India asked for it.

Yes, they are competing ports but only in the economic sense. Even there the trade isn’t exactly mutually-exclusive (zero sum game) competing but rather is complementary. Only someone who hasn’t looked at maps can indulge in such loose talk in on-record quotes to media or in op-eds or speaking at think tank panels. Otherwise, to be brutally honest, on US payroll to parrot the “String of Pearls” theory of Chinese encirclement of India to try draw India in a conflict with China in the Pacific ocean citing these imaginary threats. This term “String of Pearls” itself is dismissed as silly in serious Indian foreign policy circles. Interestingly, the term was coined by Christopher Pehrson in a 2006 research paper for the US Army War College.

Coming back to the issue of complementarity of trade and not outright competition even in the economic domain between Chabahar and Gwadar can be understood by just looking at maps! China is well connected to Central Asia and Afghanistan for trade, India however needs Chabahar for it, in the untapped region with great potential for mineral exports that both India and China as booming economies need. China’s usage of Gwadar is for multiple uses- both trade and military, as per reports. Now for China, the trade via Gwadar would be primarily with the middle-east and Africa, where China has great investments and imports from. Other than that the Gwadar-CPEC route would be short for exports by Central Asian countries outside of China. Moreover since the sea route is always cheaper, the Gwadar- CPEC route has a significant strategic importance for China- to be used as a contingency if US tries to choke the Malacca strait sea-route. 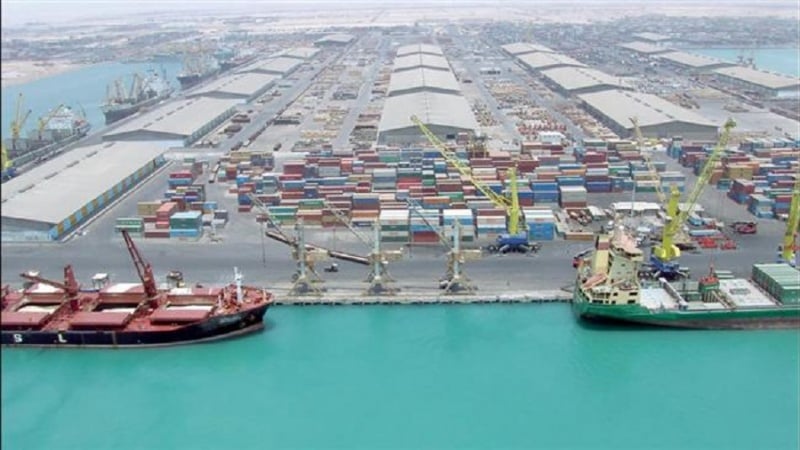 An Indian businessman trading with Afghanistan via Chabahar says off the record that, “Gwadar and Chabahar are barely 70-80 km away from each other. There is a rat race going on between China and India to develop trade routes in the region. China has invested a lot in CPEC and Gwadar.”

Indian wheat shipments going to Chabahar however are marred with logistical issues.

It was way back in 2005 that India was trying to route wheat shipments to Afghanistan through Chabahar.

There were no direct vessels going to Chabahar even from Dubai!!

Indian government officials are neither proactive nor do they think out of the box.

Then a lobby in Afghanistan is affected by the wheat exports by India via Chabahar.

The price of wheat falls down in Afghanistan and local traders don’t like it. Now the wheat from India goes as a grant, wheat biscuit, etc. but how commercially feasible is it in the long term.

An Afghan businessman lost 3-4 million dollars shipping via Chabahar. Additionally there was the issue of payment being delayed to the Iranians.

Moreover, given the unimaginative thinking of the Indian officials this route is proven to be more expensive, as fleets are, many a times, going empty from one side.

Sometime back, the ships used to go from Dubai to Bandar Abbas and would be reach Chabahar after one or two weeks from Iran’s Bandar Abbas!

China is already far ahead in the region, getting a head-start as Iran was affected by sanctions. Moreover Gwadar port had natural advantages over Chabahar that gave China an upper hand in its development. Gwadar is a natural deep water port whereas the Chabahar port needed the construction of wharfs

Another point of Chabahar connecting CIS countries via Zaranj, Afghanistan, into Turkmenistan, Uzbekistan and Tajikistan with the current situation and poor security in the south of Afghanistan and other customs border charges / transshipment related issues – the same also does not look feasible unlike a tried and tested logistics movements via Bandar Abbas.” 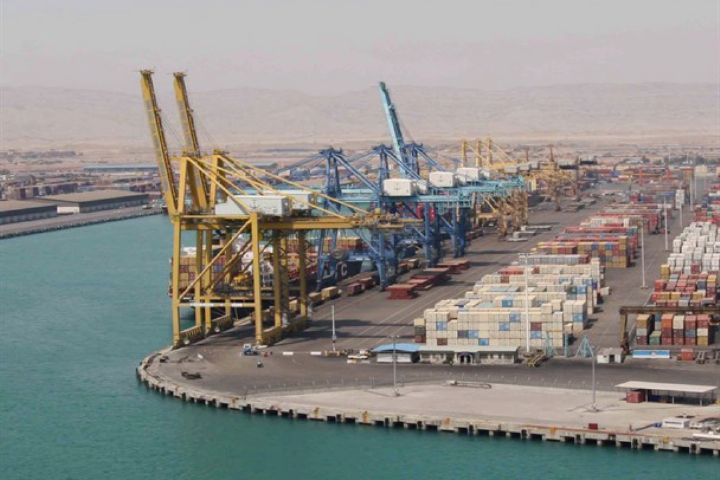 Q. What are the major takeaways from Tuesday’s meeting?

A. It was a major promotion and gain in development, move on coordination in the implementation, what had we done in the past by the name of agreements, by the name of procedures and in commitments. So Tuesday’s coordination meeting was very good and fruitful. Afghanistan, India and Iran had evaluations and suggestions for better implementation of the agreements. So we can say it was a development in the process. Also taking new steps for the future of making great achievements, especially in Chabahar border. In the next meeting in India we will evaluate the progress of work.

Q. What are the measures discussed today to increase Afghan exports/ imports via the semi- operational Chabahar port?

A. Afghanistan proposed that exports through the Chabahar port. The Iranians agreed and now in Chabahar there are major infrastructure projects being completed. Now the capacity exists for exports and imports.

Q. When is the port expected to be completed at full planned operational capacity? Have any discussions been held regarding the amount of investment and the time required for it?

A. The completion is expected to be at full operational capacity. Negotiations are going on. There are some projects that should be completed by Afghanistan, by Iran and also India. Still these projects are under construction and evaluation and this is an ongoing process

The exact amount of investment has not been discussed. A major decision taken so far is that there will be a follow-up committee from technical teams of the 3 countries that will monitor the progress, study the opportunities and challenges in the future. Regular meetings of the follow-up committee will take place. They will provide their assessments to the political leadership of the 3 countries for taking decisions … on next projects. Besides that, a new committee is working on the evaluation and monitoring of the progress.

The meeting was very successful. There was optimism about the key role in transit for the Chabahar port in the near future; in exports and imports from Central Asia and Afghanistan to South Asia. There are measures still to be taken; especially inside Afghanistan we need infrastructure — new terminals and other facilities.

We should work together and we can say that Chabahar will play a key role in the future economy of the region. There will be another conference to market the opportunities for investment in Chabahar, which should be in Afghanistan as per plans. We plan to invite Central Asian countries beside these 3 countries (Afghanistan, India and Iran) there.