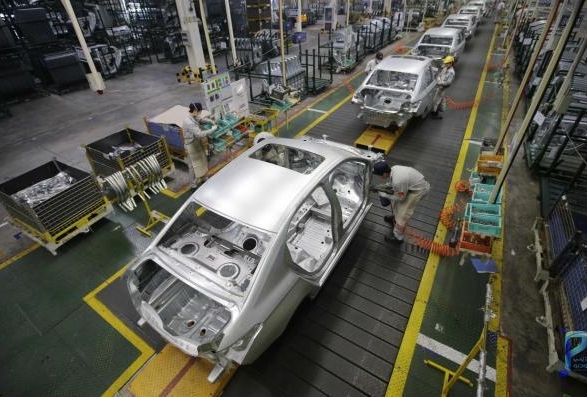 Iran’s Saipa and France’s Citroen are finalizing a deal that will let the French monopolize the Iranian car market on the contrary to what Rouhani’s government had promised.

Saipa, one of the two leading auto-manufacturers in Iran, is finalizing its cooperation deal with the French corporation, PSA Peugeot Citroen. This will be the second time Iran’s market is being dominated by the French, while President Hassan Rouhani’s administration had promised to prevent foreign car-makers from monopolizing Iran’s market and underlined the need for transfer of technical knowledge in the post-JCPOA era.

According to a report by Fars, as translated by IFP, the Iranian car industry these days is busy negotiating and beginning a new round of cooperation with French car-makers. However, after the implementation of Joint Comprehensive Plan of Action, the nuclear deal between Tehran and world powers, government officials and Iranian auto-manufacturers repeatedly pointed to the huge number of foreign car-makers willing to make investment in Iran.

However, the only thing that has happened so far is the cooperation of Iranian car-maker with its former associate, the French.

During the time of anti-Iran sanctions, French auto-makers played a very effective role in implementing the policies of their country’s government, and showed the worst behaviour towards Iranian car-makers, who had been their partners for 23 years.

After the deal between Iran Khodro Company (IKCO) and France’s Peugeot, which was finalized last year, now it is the time for Saipa to prove its loyalty to the French. Saipa’s contract with Citroen, which is part of the PSA Peugeot Citroen Corporation, will be signed one of these days.

Iranian Deputy Trade Minister Mohsen Salehinia, who is also a member of IKCO’s board, recently announced the finalization of a deal between Saipa and Citroen, based on which Citroen will purchase half of Saipa Kashan Factory’s shares.

Earlier this month, Mahdi Jamali, the CEO of Saipa, had also noted that the contract will be signed within a few weeks.

Citroen is going to easily acquire 50% of the giant factory of Saipa Kashan, which is a brand new and up-to-date plant. Due to a lack of transparency and the secrecy of the contract, it is not clear yet how much money Citroen is going to invest in this cooperation.

IFP: Iranian car-makers are also in talks with several other countries including Germany, Japan, Italy, South Korea, India, Romania, and Russia, among others.

The industry is expected to grow significantly following the nuclear deal, whose implementation started on January 16, and has terminated all nuclear-related anti-Iran sanctions.