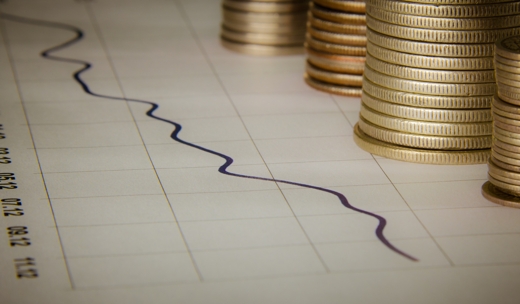 An Iranian daily has taken a closer look at Iran’s capital market and its dire need for absorbing foreign investment in the post-sanctions era.

Iran Investment Institutions Association (IIIA) on Tuesday (August 25) held a 23rd capital market working breakfast which focused on “Potential and opportunities of the Joint Comprehensive Plan of Action (JCPOA) for the capital market”.

Speakers took the podium in the meeting to talk, among other things, about economic and non-economic sanctions imposed by Western countries on Iran for its nuclear program; the timetable of lifting sanctions after the conclusion of the nuclear deal; the need for changing the contracts of the country’s financial market in keeping with international rules and regulations; and closer attention by the players on the capital market to a series of reforms to attract foreign investors after the termination of sanctions in the final quarter of the current Iranian year [December 22, 2015 – March 19, 2016].

Donya-e Eqtesad, an Iranian daily, on August 26 published a report on foreign investment in Iran’s capital market and speeches by three officials at this working breakfast. The following is the translation of part of what each speaker said in the meeting:

From the start, nuclear talks between Iran and the West focused on one core issue: writing the text of the Joint Comprehensive Plan of Action (JCPOA) to render it workable for a long period of time. In doing so, the Iranian negotiating team had a bumpy road ahead. From the very beginning of the talks, we knew that the US president lacked the powers to remove all sanctions and that the US Congress held partial sway over this matter. […]

All in all, what has been included in JCPOA sufficiently tells about the establishment of normal ties between Iran and Europe and paves the way for legal and real institutions [on both sides] to work together.

All legal institutes in Iran should watch for the provisions of their contracts [with their foreign counterparts], and they are expected to consult with Foreign Ministry officials – if need arises – so that the ministry can ease things through regulations.

The overall prospect is promising. Things will change rapidly. I hope we can see the inflow of capital so that the country can come out of recession, and efforts to boost economic growth and development can be given momentum.

Mohammad Saeedi, a member of the Board of Directors at the Social Security Investment Company (SSIC) and managing director of the Islamic Republic of Iran Shipping Lines (IRISL Group)

Under the Joint Comprehensive Plan of Action, Iran’s ties with the West will normalize, but there is one problem here: the pace of the private and public sectors in adapting themselves to the new conditions is slow and their knowledge of all aspects of the sanctions is limited.

The point is that as an investing institution we [at the Social Security Investment Company (SSIC)] are not ready to tap into the opportunities which will open up after the removal of sanctions. We are not ready for post-sanctions era which will start in February or March [next year].

Unpreparedness to draw up [new] investment contracts is now a downside as far as absorption of foreign investment goes. Productive talks have been launched. Over time, ties between Iran and Western countries will change. We need to get prepared for such days down the line. […]

A number of contracts which entail the financial and insurance rights [of the two sides] should be drawn up in line with new conditions in the world. These contracts can be used for partnerships with foreign investors.

Kourosh Taherfar, an advisor to director of the Organization for Investment Economic and Technical Assistance of Iran (OIETAI)

Currently, foreigners have invested $0.5b in the Securities and Exchange Organization of Iran (SEO) which adds up to about 0.5 percent of the overall capital at the SEO. Based on national rules, this number can rise to up to 20 percent.

We need to examine the country’s investment strategy to determine whether the void created stems from legal obstacles or from adoption of different tactics by [different governments] in the past. When these ambiguities are removed, we can establish a strong bond between the [capital] market and foreign investment.

We cannot pursue the previous trends and enter talks with financing banks. Things have changed and we will witness remarkable progress on the economic front in the next two years. Besides a strong will, we need new methods to attract foreign investors and properly exploit the current opportunities.

The way companies release their financial statements should undergo change. Foreign investors cannot come to terms with the ways our companies release their financial reports. In order to make the stock exchange attractive to foreign investors, we need to take some measures, the minimum of which are: launching the English version of company websites, establishing bilingual CODAL financial reporting [Comprehensive Database Of All Listed Companies, a system to put corporal reports out], offering English analysis of bourse activities and setting up overseas branches for investing and financial institutions and companies.