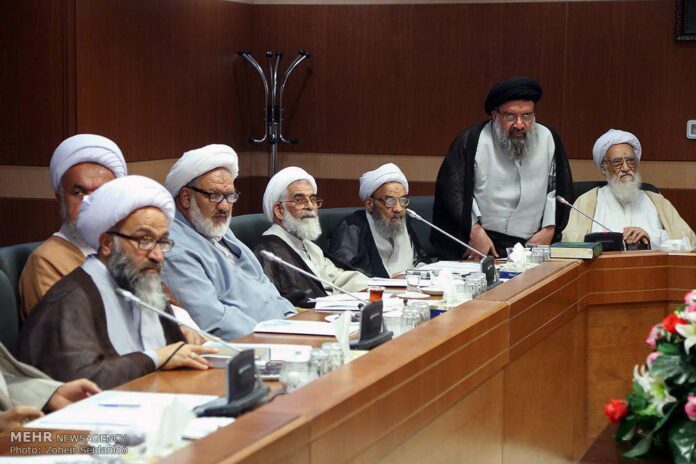 The Assembly of Expert, the body responsible for choosing and monitoring the performance of Iran’s Leader, has urged President Hassan Rouhani to offer apology to the great nation of Iran for the damages he inflicted on the country by signing the 2015 nuclear deal with the six world powers.

In a Sunday statement, the Assembly of Expert underlined that Iran’s diplomatic apparatus put hard efforts into preserving the JCPOA but in some cases it crossed the red lines set by Leader of the Islamic Revolution.

“Though the Islamic Republic of Iran fulfilled all its pledges under the deal, it failed to receive firm guarantees in return from the other sides and this paved the way for the US withdrawal from the deal,” Alef news website quoted the statement as saying.

The Assembly of Experts went on to say that under the current circumstances, remaining in the deal without getting clear and firm guarantees will not serve Iran’s national interests.

The statement also cast doubt on the loyalty of the European sides of deal when it comes to interaction with Iran and said over the past years the European states have left no stone unturned to violate the Islamic Republic’s interests.

“Therefore, putting our trust in the European states means closing our eyes to the past experiences. In the current situation, it seems the apparent conflicts between the US and the three European states over the fate of the JCPOA are in fact a labour division made among them.”

“In order to prevent other opportunities from being wasted, the Islamic Republic must receive serious and firm guarantees as soon as possible if it is to continue negotiations with the remaining sides of the deal; otherwise an urgent pull-out of the accord is a legal and religious responsibility of the diplomatic apparatus of the country.”

The Assembly of Expert also called on the lawmakers to adopt appropriate measures in response to the US violations of the JCPOA.

It also urged the government to follow up the issue through international channels and make reciprocal measures while apologising to the nation over the deal’s damages.