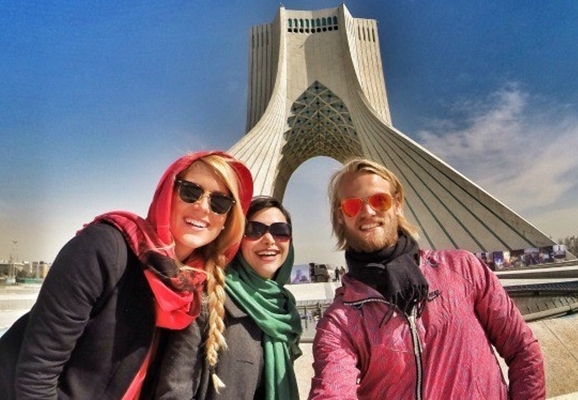 Iran earned $11.8 billion from its tourism sector during the past Iranian calendar year (which started in March 2018), said Ali Asghar Mounesan, head of Iran's Cultural Heritage, Handcrafts and Tourism Organization.

Speaking in a Saturday ceremony, Mounesan referred to tourism industry as the third largest industry in the world and said tourism creates social vitality along with new jobs and benefits.

He downplayed the impact of sanctions on Iran’s tourism industry and said due to its immunity to sanctions, the industry can play an important role in the country’s economic growth.

A new report on global security portrayed Iran as safe as much of western Europe for travellers in what could be an evidence that the country’s tourism industry has a good potential to provide a serious source of revenues in face of draconian US sanctions.

Very few countries manage to make it into the “insignificant” bracket; in Europe, only Luxembourg, Denmark, Slovenia, Switzerland, Norway, Finland, Iceland and Greenland are put in this category, The Independent added in its report. Canada, the US, Australia and New Zealand are all low risk too.