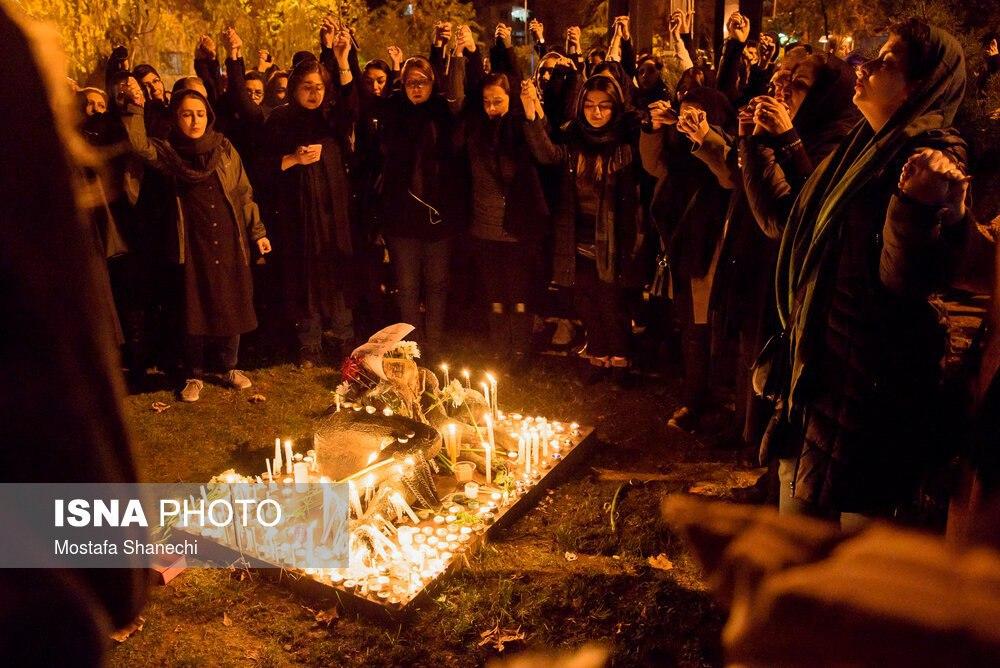 Protest rallies and vigils were held on Saturday night in various Iranian cities after the real cause of the Wednesday crash of a Ukrainian passenger plane was revealed.

There was a protest gathering held by Amirkabir University of Technology students after the IRGC announced its air defence has unintentionally shot down the Ukrainian passenger plane, leaving all the 176 people on board dead.

The protests were initially limited to the campus, but as the number of students joining the gathering increased, ordinary people also joined, and around 6 p.m. a gathering of around 1,000-1,500 people started to chant slogans.

Tasnim news agency reports that “after a few minutes the slogans took a different direction and a few individuals covering up their faces with masks and shawls provoked the crowd into chanting norm-breaking slogans” against the country’s leadership and General Qassem Soleimani, whose funeral had been attended by millions of Iranians a few days ago.

“As the disturbing activities went on security forces who had so far shown restraint started to disperse the crowd,” the report said. Photos of the protest rallies showed tear gases had also been fired.

In the end, the crowd present around the university’s main entrance dispersed as a water cannon arrived.

There was almost no report of violence during the protest gatherings and vigils held on Saturday night.