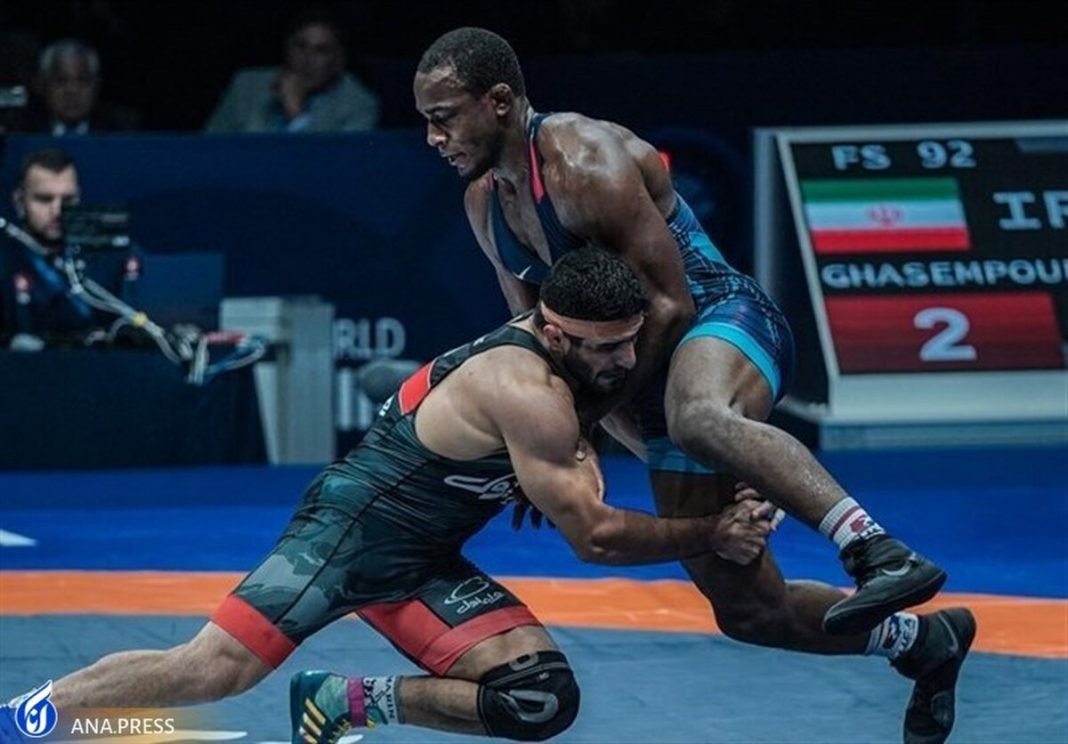 Iran Wrestling Federation announced that the US government has not issued visas to three Iranian freestyle wrestlers and two coaches to take part in World Cup tournament.

“Given the fact that the national freestyle wrestling team has tickets to fly to USA at 11:00 PM tonight to participate in the World Cup competitions, so far the visas for Alireza Karimi, Amir Ali Azarpira, Ali Akbar Fazli as wrestlers, Ehsan Amini and Abazar Eslami as coaches, and also Ebrahim Mehraban supervisor and Mohammad Moslaipour as a referee have not been issued so far,” a statement by the Iranian wrestling federation said.

“According to the World Wrestling Federation’s rules, if the Iranian national wrestling team does not participate in the World Cup competitions, it will be excluded from the Asian Championship competitions and then it will be banned from participating in the Belgrade World Championships, which is also followed by Olympic games,” the statement added.

In late October, Mohammad Emami, a spokesman for the Islamic Republic of Iran Wrestling Federation, stated that Iran’s national freestyle wrestling team will withdraw from the games altogether if some team members are not issued visas by the United States, which will be hosting the Wrestling Freestyle World Cup 2022.

“Do the Americans themselves participate [in an event] with an incomplete make-up?” he asked, rhetorically.

In February, the United States refused to issue visas for five Iranian team members, including Alireza Dabir, the president of Islamic Republic of Iran Wrestling Federation.

United World Wrestling has awarded both the 2022 and 2023 men’s and women’s freestyle World Cup events to Xtream Arena in Coralville, Iowa. The 2022 competition will be held on December 10-11.