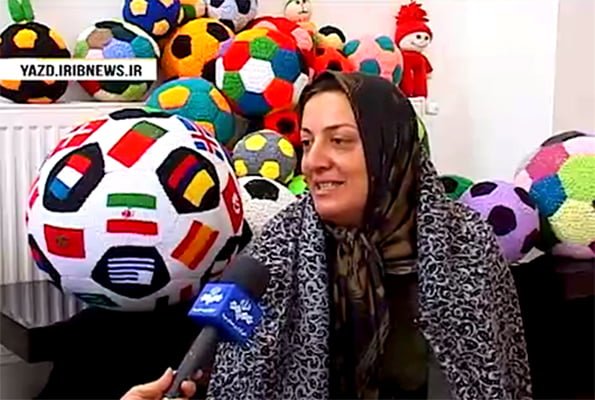 An Iranian woman from the city of Yazd has made a football on which the flags of 32 countries participating in FIFA World Cup 2018 can be seen.

This Yazdi woman has woven 32 pieces of flags using woollen yarn to create the ball. According to IRIB News Agency, the course of weaving the ball has taken two months.

Ms Kashoul Khan said, “I tried to put together the flags of the national teams that play against each other in the World Cup.”

This Yazdi woman says she has for decades been weaving and training other people.

“So far, I have trained a lot of women and provided them with a job opportunity.”

This Iranian artist has made a number of other balls that are smaller in size and are liked by Yazdi children.

What follows is a video by IRIB that shows the ball made by this woman: