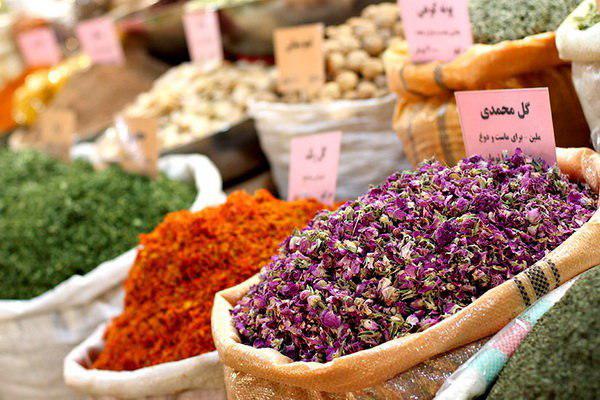 This is the story of a woman who sells herbs to make a living; a woman named Fariba whose past is not as colourful as the herbs she sells at the store.

Fariba is the owner of an herbs shop. She buys different types of medicinal plants from rural women and sells them.

According to a Farsi report by the Shabestan News Agency, the shop not only cures people’s pains, but also remedies pains in Fariba’s personal life.

Along with her 13-year-old daughter, she manages the business. The income is enough to earn a living.

Her past is not as colourful as the herbs at the store, but she is doing her best to make her future beautiful.

Fariba is from the Northern Khorasan province in northeastern Iran. Her husband died in an accident in 2011.

Fariba and her husband were drug addicts and spent all they had on drugs. When her husband died, she had no one to take care of her. The Imam Khomeini Relief Foundation (IKRF) started supporting her.

“I have two kids. An 18-year-old boy and a 13-year-old girl. When my second child was born, I had severe backache and my mother-in-law gave me drugs for treatment. I used the drugs for a month and then I became a drug addict. My husband was an addict too, but was opposed to my drug abuse. He did his utmost not to see me as an addict, but I couldn’t quit. I was taking drugs from my mother-in-law and my husband was no longer able to stop me,” she said.

“When my husband died, we didn’t have anything. I used to get money from my relatives to spend on drugs. I would call them on some pretexts to get money. Sometimes I beat my daughter to make her cry in order to pretend that she is sick. This was a trick to get money from them. I was spending the cash on drugs and foods.”

“My brother used to be a drug addict, but he had quitted 11 years ago. He didn’t like to visit me. He was telling me that he’s feeling shame to have a sister like me.  Sometimes, I missed my family and I would go to visit them, but they thought I’d come to get money to spend on drugs,” Fariba said.

“My children did not respect me. I felt so humiliated in my family. Tired of such a life, I begged God just to let me die. One day my brother asked me to get over addiction. Finally, I was in a room for a week telling myself either I would die or I quit. It’s been six years since I quitted and my dignity is retained.”

Fariba received 150 million rials (about 4,000 US dollars) from the Imam Khomeini Relief Foundation as loan. Then she rented a house and started the herbs shop.

“I earn my living in this shop and I’m glad to have such a social status. I want to get a loan of 300 million rials (about 8,000 US dollars) from the Foundation to buy the machines needed to process herbal medicines to get more customers,” she went on to say.

It has been about a year that Fariba has a job. She has stood on her own feet and fought with poverty and addiction. She is not receiving the foundation’s pension anymore, because now she is able to make a living.