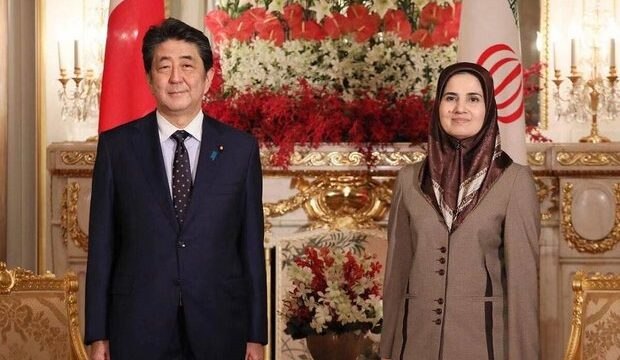 In the Thursday meeting, Abe appreciated Joneydi’s participation in a ceremony held on Tuesday for proclaiming Japanese Emperor Naruhito’s enthronement.

“This year is the 90th anniversary of the establishment of diplomatic relations between Iran and Japan,” Abe said, hailing recent meetings and talks between the two countries’ officials, including his June trip to Tehran and his meeting with President Hassan Rouhani in New York on the sidelines of the annual gathering of the UN General Assembly.

He further highlighted the significance of the Joint Comprehensive Plan of Action (JCPOA) for protecting international peace and security, and said Japan still supports the 2015 deal and demands all parties fulfill their commitments.

Abe also stressed his country’s commitment to help stabilize the Middle East through diplomacy. “We will persistently continue our diplomatic efforts.”

For her part, Joneydi expressed pleasure with her visit to Japan, saying that Iran has always been faithful to its commitments under the JCPOA, and that has been confirmed by the International Atomic Energy Agency (IAEA) for 14 times.

She also noted that the prerequisite for the survival of the deal is that all parties implement their commitments, and Iran reaps the benefits of the deal.

During the meeting, the two sides also exchanged views on development of mutual cooperation and establishment of peace and stability in the Middle East region.