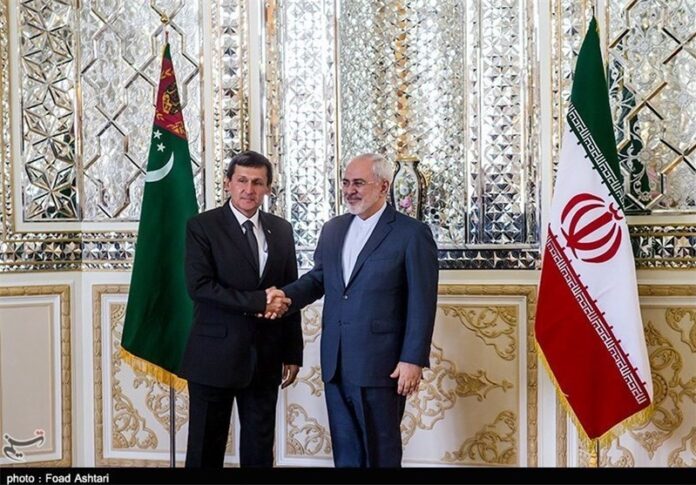 Iranian Foreign Minister Mohammad Javad Zarif and his Turkmen counterpart, in a meeting here in Tehran on Saturday, explored avenues for promotion of cooperation between the two neighboring countries.

During the meeting with Turkmen Foreign Minister Rasit Meredow, Zarif highlighted the good prospects of relations between Tehran and Ashgabat, saying that continued consultations between two countries’ leaders have paved the way for expansion of bilateral ties.

He further said the recent reciprocal visits by the two countries’ presidents, which led to the signing of 27 memorandums of understanding (MoUs), are indicative of the firm determination on both sides to further boost the relations.

Zarif also voiced the Islamic Republic’s readiness to strengthen interactions between Iranian and Turkmen people, merchants in particular, through facilitating the process of issuing visas.

The Turkmen top diplomat, for his part, described Tehran-Ashgabat ties as growing and age-old, saying that his country attaches great importance to its relations with Iran.

Back in March 2015, Iran and Turkmenistan signed 17 cooperation documents in economic, cultural, political, legal, scientific, and technological fields during a visit to Ashgabat by Iranian President Hassan Rouhani.

The Iranian chief executive announced at the time that Iran and Turkmenistan have decided to increase the total value of their economic exchanges from the then $3.7 billion to $60 billion in a ten-year period.