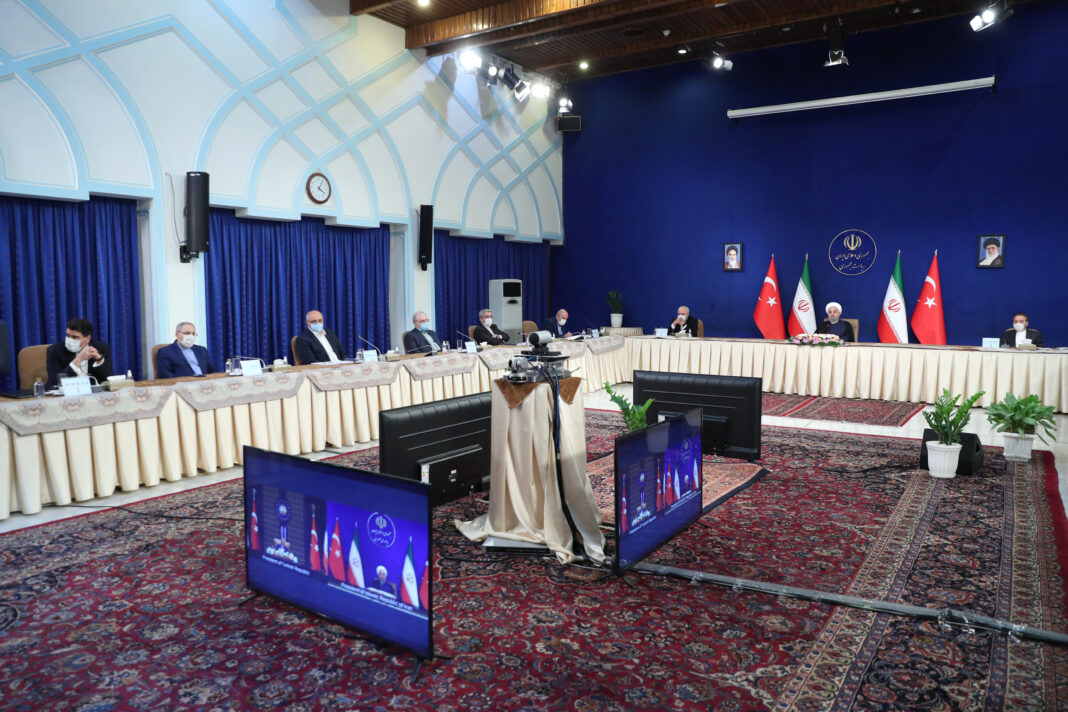 The Sixth Meeting of the High Level Cooperation Council (HLCC) between Republic of Turkey and the Islamic Republic of Iran was held on September 8, 2020 via videoconference.

At the end of the meeting attended by the presidents of the two countries, a joint declaration was issued in 19 paragraphs, in which the two sides emphasised continuation of bilateral, regional and international cooperation between Tehran and Ankara.

The full text of the declaration is as follows:

Having taken stock of their relations, regional development and impacts of the Coronavirus (COVID-19) pandemic, both parties,