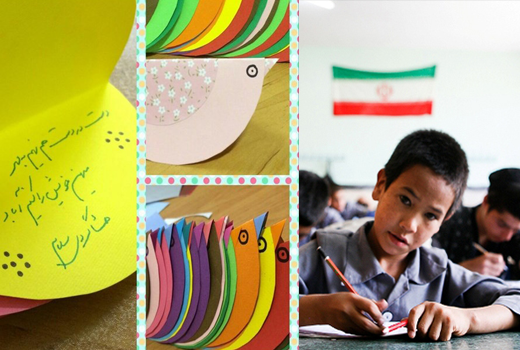 A second charity food event is to be held on August 20 in Tehran. Its proceeds will go to efforts to improve education for Afghan students.

A group of high-school girls from across Tehran has launched a campaign to make access by Afghan students to education in the upcoming school year easier.

This year is a special year for Afghan children, because under a recent order by the Supreme Leader, even undocumented Afghan children can sign up for school in Iran.

The following is the translation of a report by Tasnim News Agency on what the Iranian girls are doing to help the Afghan students:

Young Iranian girls have got together with the hope of fixing the financial problems facing Afghan children as far as education is concerned.

Parwan, an Afghan province with lovely weather, is the name the young activists have picked for their campaign. It represents affinity between the two nations.

Parwan activists, who launched their campaign about four years ago, visit self-run Afghan schools and help them provide better education to Afghan children.

These girls, whose efforts have become more concentrated over the past two years, are to hold a second charity food event in Tehran on August 20. Its proceeds will go to efforts to improve education for Afghan students.

Parwan is a spontaneous campaign which is financed by small funds these Iranian girls raise.

Over the years, the high-school girls have contributed a lot to young Afghan refugees through provision of help and equipment to self-run Afghan schools.