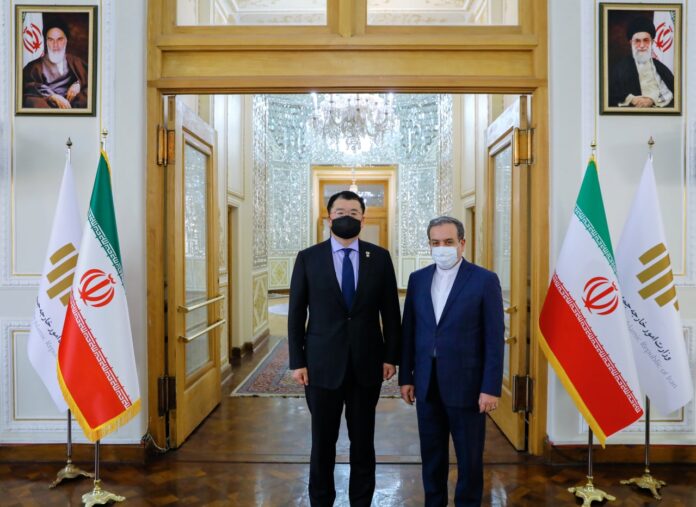 Choi Jong Kun, who is leading a delegation of South Korean political and financial officials in a trip to Tehran, held a meeting with Deputy Foreign Minister Araqchi on Sunday evening, January 10.

The visiting diplomat described his visit to Tehran as a sign of the importance that South Korea attaches to the expansion of relations with Iran, stressing that Seoul is resolved to rebuild trust in the bilateral ties in the new year by addressing the problems in the relations with Tehran.

For his part, Araqchi pointed to Iranian financial assets frozen in South Korea, saying the Korean banks have illegally blocked Iran’s currency resources for nearly two years and a half citing a fear of US sanctions.

“This action (by South Korea), which is only surrender to ransom demand from the US, is not acceptable, and naturally the expansion of relations (between Tehran and Seoul) would be meaningful only when this problem is solved,” the Iranian deputy minister added.

Pointing to the failure of negotiations that Iran, particularly the country’s Central Bank, has held with the South Korean officials about the problem, Araqchi said Iran believes that the freezing of its financial assets in South Korea results from the Seoul government’s lack of political will rather than the cruel sanctions imposed by the US.

He further called on South Korea to make serious efforts to find the necessary mechanism for resolving the issue as a top priority in the relations with Iran.

In response, Choi Jong Kun underlined that allowing Iran’s access to its currency assets in South Korea is one of the Seoul government’s main priorities, saying his country is determined to pursue the case until ultimate settlement of the problem.

In reaction to a call from the first vice minister of foreign affairs of South Korea for the settlement of issues relating to the seizure of a South Korean oil tanker, Araqchi said the vessel has been captured in the Persian Gulf and the Iranian territorial waters only because of technical considerations and environmental pollution hazards, adding that the Iranian Judiciary has begun dealing with the case.

Araqchi finally advised South Korea to avoid politicizing the issue and stay away from futile propaganda, and to allow the case to be addressed through legal procedures by the court in calm.