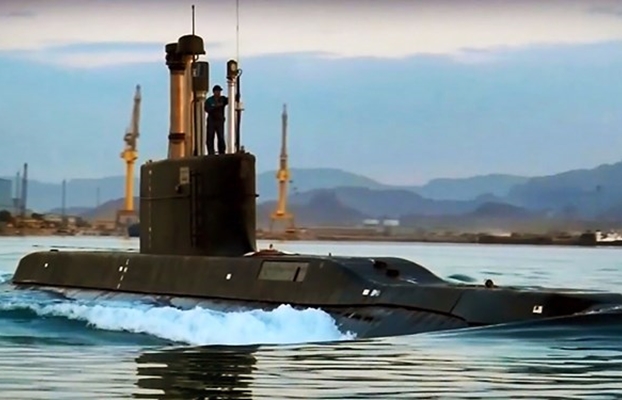 Iran on Sunday unveiled a home-grown semi-heavy submarine capable of firing cruise missiles, adding it to the fleet of the Iranian Army’s naval forces.

The new submarine, named Fateh (Conqueror), was unveiled in a ceremony in the southern Iranian province of Hormozgan, attended by President Hassan Rouhani.

“The Fateh submarine is completely homegrown and has been designed and developed by capable experts of the Marine Industries [Organization] of the Defence Ministry and enjoys world’s modern technologies,” Tasnim News Agency quoted him as saying.

The submarine is capable of firing cruise missiles, is equipped with an advanced sonic radar system and uses a missile defence system, among other features, he said.

Iran’s Navy deployed its first submarine some two decades ago and has succeeded in acquiring advanced technology in this sector despite all the sanctions imposed against the country.

The 600-ton Fateh is among semi-heavy submarines and is equipped with state-of-the-art weaponry such as torpedoes and naval mines.

It can operate more than 200 meters below the sea surface for near five weeks.