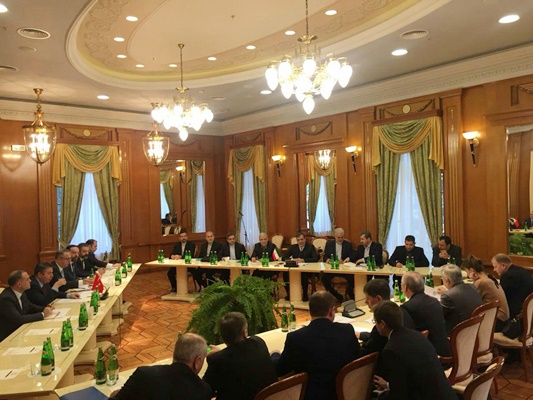 Top negotiators of Iran, Russia, and Turkey have held a trilateral meeting in the Russian city of Sochi to prepare the grounds for the Syrian National Dialogue Congress.

The envoys of the three guarantor states, who are also heads of the Iranian, Russian, and Turkish delegations to Astana Talks, discussed the latest developments regarding the Congress, which is slated to be held in Sochi on January 30.

At this meeting, the Russian representative presented a report on the preparations for the Syrian National Dialogue Congress, and then the Iranian and Turkish envoys expressed their views.