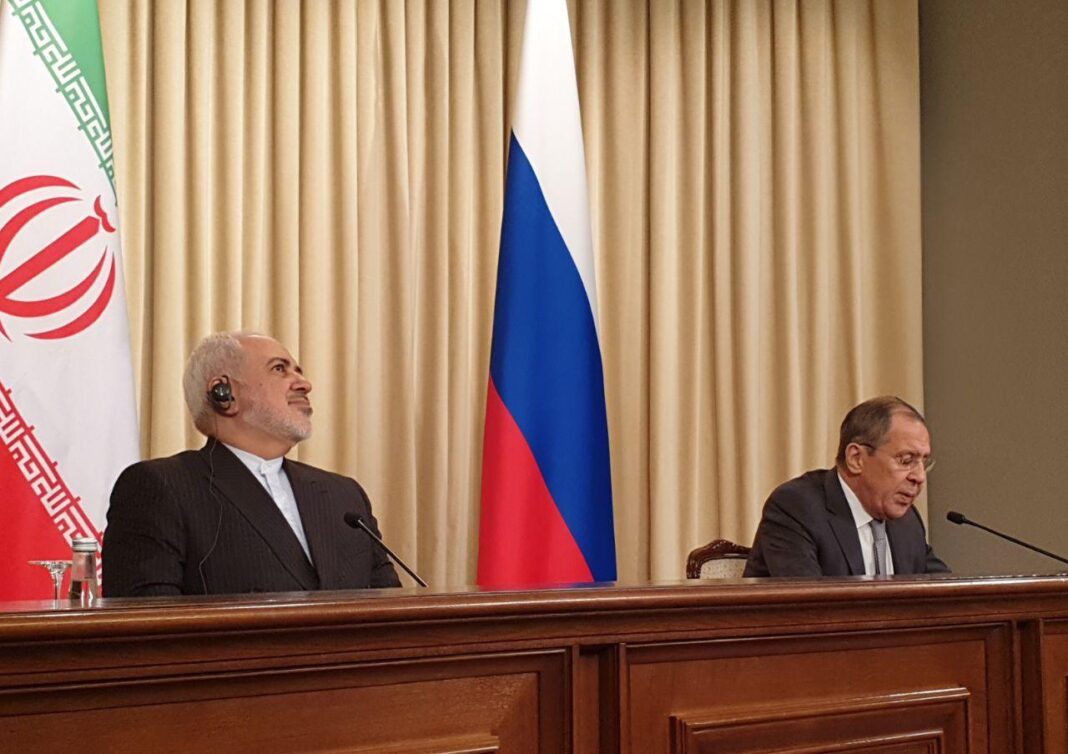 Minister of Foreign Affairs of the Islamic Republic of Iran Mohammad Javad Zarif and his Russian counterpart Sergei Lavrov have held talks on a range of issues at a meeting in Moscow.

Foreign Minister Zarif, who has travelled to Russia at the head of a political delegation, held a meeting with Minister of Foreign Affairs of the Russian Federation Sergei Lavrov in Moscow on Monday.

In the meeting, the top Iranian diplomat highlighted the close and strategic relations between the two countries, saying, “In this delicate situation, the relations between Iran and Russia are at the highest level, and Iran is determined to enhance and deepen these relations.”

“Unlike the others who fuel insecurity and belligerence, Iran and Russia seek stability and security in the region and the world, and the both countries have similar and parallel regional initiatives,” Foreign Minister Zarif added.

He also described the joint naval exercise among Iran, Russia and China as an act of cooperation for peace, adding, “The two countries (Iran and Russia) will continue cooperation at all levels.”

For his part, Lavrov pointed to Foreign Minister Zarif’s “very timely” visit to Moscow, noting, “We have common views about many regional and international issues, and the peaceful initiatives of the two countries confirm this.”

Lavrov also said the US’ unilateral and illegal withdrawal from the JCPOA was in breach of the United Nations Security Council Resolution 2231, stressing that all parties should try to save the JCPOA and prevent its collapse.

The other topics discussed in the meeting between Zarif and Lavrov included various issues relating to the bilateral ties between Tehran and Moscow, and the regional issues such as the situation in the Persian Gulf, Syria, and Afghanistan.