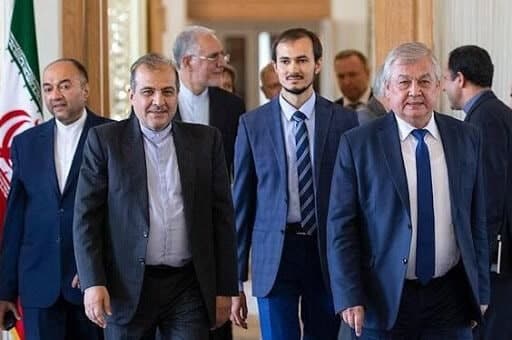 Senior diplomats from Iran and Russia have sat for talks in the Russian city of Sochi on the Syria peace process.

During the Tuesday meeting, the two sides held extensive negotiations on the latest situation of Syria, including the on-the-ground developments as well as the political settlement of the crisis within the framework of the Syrian Constitutional Committee.

Khaji elaborated on the results of his recent visit to Damascus, and highlighted the necessity of fighting terrorism in Syria and helping the progress of the country’s political trend within the framework of the Constitutional Committee.

The Russian diplomat, in turn, underlined the need for further coordination between Tehran and Moscow on the settlement of the Syria crisis.