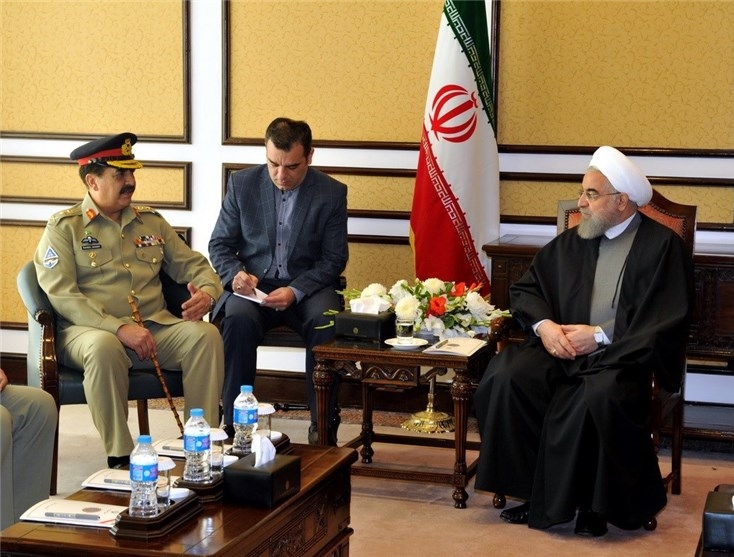 Iranian President Hassan Rouhani, who is on an official visit to Pakistan, voiced deep concern over the spread of terrorism and extremism in the Middle East and said Muslim nations should boost unity in the fight against terrorist groups in the region.

“The resolution of regional issues is possible only through constructive political dialogue and the time has come for Muslim countries to unite against terrorists and act in unison,” President Rouhani said in a Saturday meeting with Pakistani Chief of Army Staff General Raheel Sharif in Islamabad.

“Iran and Pakistan, as two significant and influential countries in the region, can make joint efforts to fulfill this important (duty),” he added.

The president further touched upon “close and age-old” defense cooperation between Tehran and Islamabad as well as deep-rooted cultural ties between the two nations, saying that Iran and Pakistan are “strategic depths” for each other and the fact has been proved in tough times.

General Sharif, for his part, emphasized that his country’s army supports efforts to boost Tehran-Islamabad cooperation and considers the ties in line with the interest of the two nations.

Heading a high-ranking delegation, including 60 Iranian businessmen, Rouhani arrived in Islamabad on Friday at the invitation of his Pakistani counterpart Mamnoon Hussain and Nawaz Sharif.

President Rouhani’s two-day trip to Pakistan, which is paid in response to Sharif’s last year trip to Iran, is aimed at discussing ways to further strengthen trade and economic relations and holding consultation with senior Pakistani officials on the latest developments in the region.