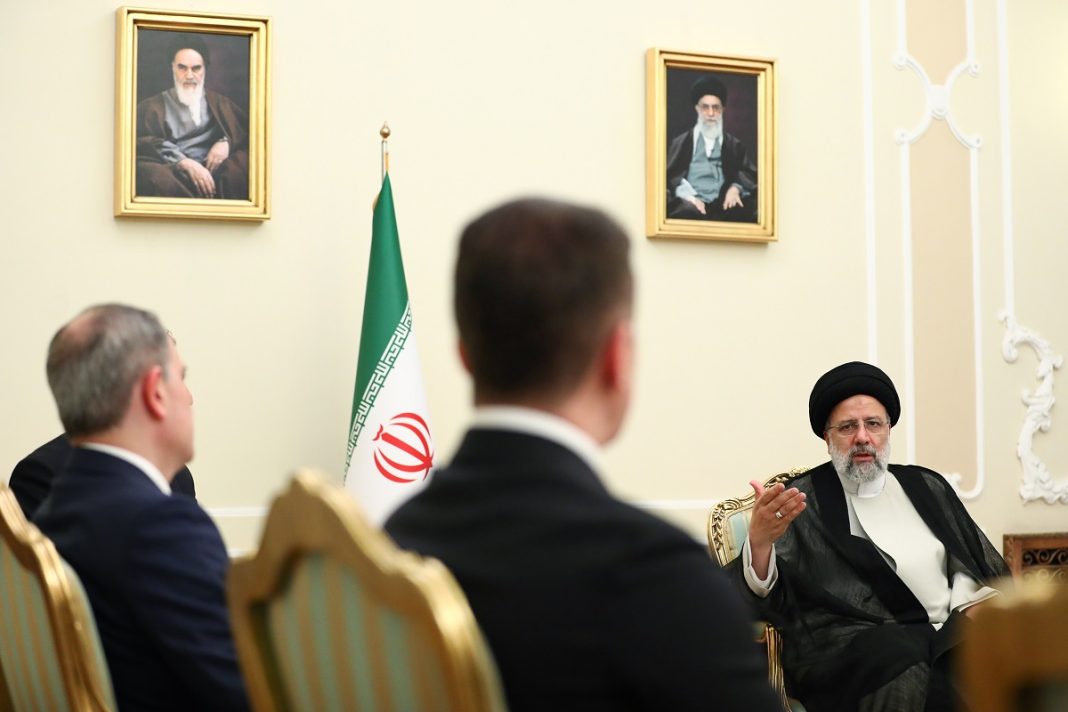 Iranian President Ebrahim Raisi has underlined the need for finding new areas of cooperation between Iran and the Republic of Azerbaijan.

President Raisi was speaking at a meeting with Azerbaijan’s Foreign Minister Jeyhun Bayramov in Tehran on Monday.

Raisi noted that Tehran has no limits for expansion of ties with Baku, adding that boosting the relations can result in more effective regional cooperation.

President Raisi also stressed the necessity of visits by people of both countries and said increased popular interactions can bolster friendship and camaraderie between the two nations.

Raisi also expressed hope that the upcoming visit of his Azeri counterpart to Tehran will increase mutual ties.

In the meeting, the Azeri foreign minister gave Raisi a detailed report on the increase in diplomatic consultations between Iran and Azerbaijan and its effect on expansion of ties in different areas including political and economic fields.

Bayramov said the volume of bilateral trade has increased considerably in the 5 months of the year 2022.

He added that Baku and Tehran agree that regional issues must be resolved by regional countries and without foreign interference.