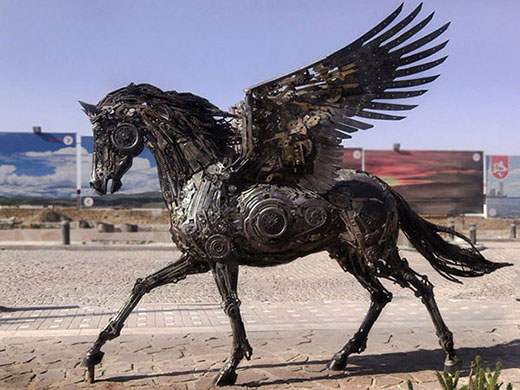 A photo gallery of a metal sculpture of Pegasus by an Iranian artist.

In Greek mythology, Pegasus is a winged divine stallion which was a loyal companion of Greek hero Bellerophon.

Frequently-visited foreign websites such as twistedsifter , which are famous for the release of art photos, have lately given special attention to an artwork by Hassan Nowruzi, a 34-year-old Iranian artist.

Nowruzi has created a sculpture of Pegasus out of scrap metal.

The photos of the beautiful sculpture of Pegasus released by Mehr News Agency on April 16: