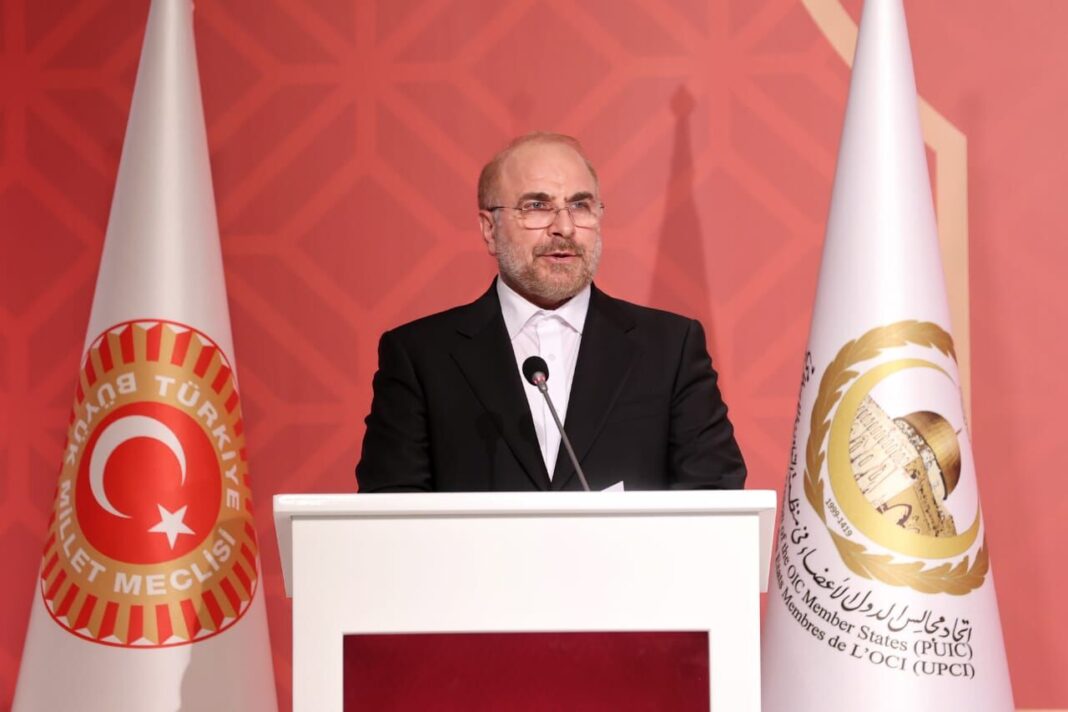 Iranian Parliament Speaker Mohammad Bagher Ghalibaf has said the most important priority of the Muslim world is the issue of Palestine.

He made the comment during a speech at the 16th Conference of Parliamentary Union of the Islamic Cooperation Council’s member states in Istanbul on Friday.

He said the axis of resistance had humiliated the Zionist regime, adding that the continuation of this trend will lead to the destruction of the Israeli regime.

Ghalibaf described unity among Muslim nations as the remedy to their ills.

He said in contrast to unifying moves, the enemies of the Islamic culture, including the Zionist regime and the arrogant government of the US, have focused on differences among Muslims over peripheral issues and have tried to stoke the divisions in order to expand their influence in the Islamic world.

Ghalibaf also spoke of the situation in Afghanistan. He said Afghanistan is also an important issue for the Muslim world.

Ghalibaf blamed the dire conditions in the country on the 20-year occupation by the US and its allies, urging Muslim nations to adopt a collective approach and make an effort to send humanitarian aid to the Afghan people.

Ghalibaf also warned of the threat the Daesh terror group poses to Afghanistan. He said Daesh is bent on igniting ethno-sectarian strife in the war-ravaged country.

Ghalibaf expressed hope that this meeting will be able to play an key role in strengthening unity and solidarity among Muslim nations with the aim of liberating Palestine from the Israeli occupation and also taking an effective step to assuage the hardships of the Afghan people.

The Inter-Parliamentary Union of the Organization of Islamic Cooperation (OIC) began a two-day meeting in Istanbul on Thursday with the issues of Palestine, immigration and Afghanistan topping its agenda.