IFP has taken a look at the front pages of Iranian newspapers on Sunday, December 31, and picked headlines from 19 of them. IFP has simply translated the headlines and does not vouch for their accuracy.

Almost all Iranian newspapers on Sunday covered the recent protest rallies held across Iran. The protests, which started in the religious cities of Mashhad and Qom on Thursday, mainly focused on economic grievances, particularly the surge in prices and the financial corruption of the state bodies.

What follows are the way Iranian papers covered the protest rallies on Sunday: 1- Reformist MP on Recent Protests: We Should Be Accountable to People 2- Syria, A Field for Interaction or Confrontation 2- Natural Disasters and Our Sins [Editorial] 1- Iran Leader: Clerics Must Be Prepared to Counter Enemy’s Tricks 1- No Faction Should Feel Pleased with People’s Frustration 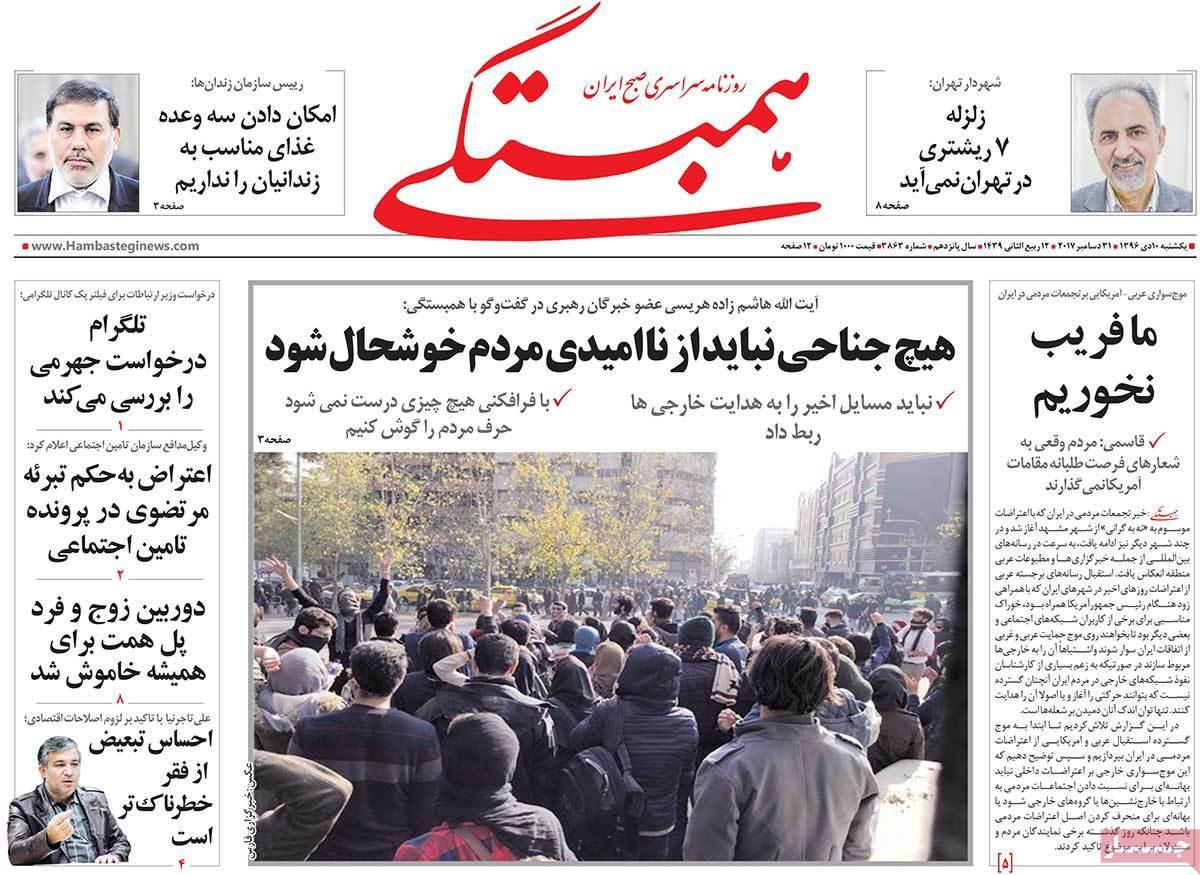 1- What Should We Do on Recent Gatherings? National Vigilance Required

3- Farewell to a Year Full of Developments 2- Analyst: People Not after Radical Moves, but Looking for Change

3- Turkey to Buy S-400 from Russia: Why Moscow Broke Promises Only in Case of Iran? 1- Dey 9 Demonstrators Says No to Opportunists; People Have Livelihood Demands 1- Ahmadinejad’s Minister Renounces Him: Today’s Problems Caused by His Wrong View of Issues

2- Prosecutor General: Role of Certain Officials in Smuggling of Contraband Goods to Be Investigated 1- People Have the Right to Demand Resolution of Their Problems: General