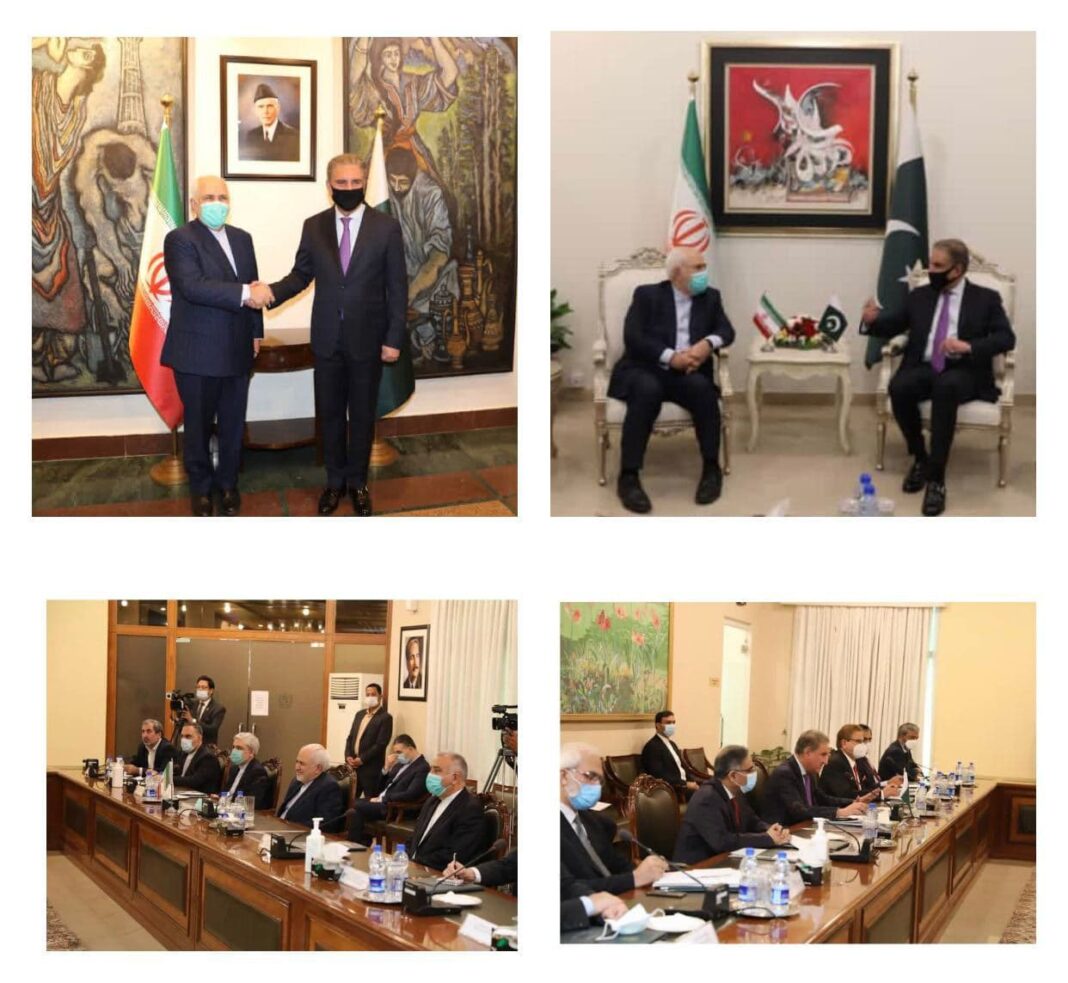 Minister of Foreign Affairs of the Islamic Republic of Iran Mohammad Javad Zarif and his Pakistani counterpart Shah Mahmood Qureshi discussed a broad range of issues at a meeting in Islamabad.

Foreign Minister Zarif, who has travelled to Islamabad for an official visit, held a meeting with Minister of Foreign Affairs of Pakistan Shah Mahmood Qureshi on Wednesday.

In the gathering, the ministers discussed the ways to expand the political, economic, and international cooperation between the two neighbouring countries.

Highlighting the deep historical and cultural commonalities between the two nations, Foreign Minister Zarif expressed Iran’s readiness to enhance relations with Pakistan in all fields.

Pointing to Iran’s decision to promote the border crossings with Pakistan, the Iranian foreign minister welcomed the Pakistani government’s decision to open up new border markets for the enhancement of bilateral trade and voiced Tehran’s readiness for an agreement on new methods for trade exchanges.

Foreign Minister Zarif also stressed the need to step up security at the common border, calling for constant consultations between the two countries in this regard.

Shah Mahmood Qureshi, for his part, hailed Iran as a friend and major neighbour of Pakistan.

He also unveiled the Pakistani government’s plans for practical measures to broaden trade and economic cooperation with Iran, saying, “The government of Pakistan has decided to contribute to the border trade exchanges between the two countries.”

Highlighting the importance of establishment of peace and security along the common border, Qureshi emphasized that Pakistan will not allow hostile measures against Iran.

Among the other topics the two ministers discussed in the meeting were the regional developments, the Islamic world’s issues, the battle against Islamophobia, regional cooperation, particularly strengthening the Economic Cooperation Organization (ECO), joint action against terrorism and illegal migration, facilitation of pilgrimages, and holding a session of the Economic Cooperation Joint Commission in the near future.