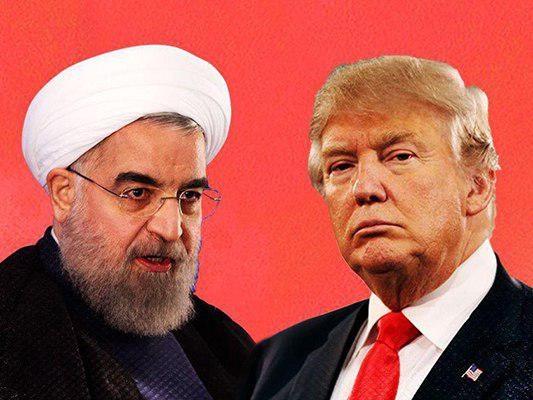 Remarks by US President Donald Trump that he is ready for unconditional talks with Iran have received mixed responses in Iran with some arguing for the need for direct communications between the two arch-foes and others expressing pessimism the US is honest in its request for talks.

Trump, who has been highly antagonistic towards Iran since he came to power in January 2018, announced his readiness for talks with Iran for the second time in weeks on Monday.

“I would meet with Iran if they wanted to meet,” Trump said Monday at a joint White House press conference with Italian Prime Minister Giuseppe Conte. “I don’t know if they are ready yet.”

The remarks raised eyebrows in Iran, who saw the US sending contradictory signals to Tehran.

Trump was making the remarks barely a week after he had threatened Iran that it would suffer untold “consequences,” in response to remarks by Rouhani that the US should not “play with the lion’s tail”.

Trump pulled the US out of the 2015 nuclear deal in May, and is set to re-impose full sanctions in two stages in August and November.

The US is also working to push the world to cut trade with Iran and stop purchasing the country’s oil.

Trump’s statement was soon corrected by US Secretary of State Mike Pompeo, who said he was on-board with the president’s invitation but raised several preconditions for talks with Tehran.

The US will enter into talks with Tehran “if the Iranians demonstrate a commitment to make fundamental changes in how they treat their own people, reduce their maligned behaviour,” he told CNBC on Monday.

Iran-US Talks Shouldn’t Be a Taboo

“Negotiations should not become a taboo in Iran-US ties,” Falahatpisheh told ICANA on Tuesday.

Striking a conciliatory tone towards the US, Falahatpisheh, the chairman of Parliament’s National Security and Foreign Policy Commission, said a military confrontation between Iran and the US is out of the question and the two sides should work to open diplomatic channels.

“Differences between Iran and the US are controlled by third parties. As long as there is no hotline between the two sides, Tehran and Washington’s national interests will be a toy in the hands of those who benefit from escalation of tension between the two powers,” he said.

Ali-Akbar Nateq Noori, a veteran moderate politician and a member of Iran’s Expediency Council, also welcomed possible talks between the two sides, but said the decision is to be made by Iran’s Supreme National Security Council.

“We shouldn’t immediately reject the request, because they would then claim that Iran is after violence and war. However, we shouldn’t be overexcited about it either. The issue must be thoroughly considered by the country’s officials,” he noted.

This is while an advisor to the Iranian President said late Monday the US needed to reduce hostility towards Tehran and return to the nuclear deal before the two countries could start talks.

Pointing to Trump’s request for talks with his Iranian counterpart Hassan Rouhani during the UN General Assembly in 2017 which was made shortly after Trump delivered a scathing attack on Iran in his first UNGA speech, Aboutalebi said the US’ demand for talks should be accompanied with friendly gestures.

“… After the US withdrawal from JCPOA, there are talks about [holding a] meeting without pre-conditions. Those who believe in dialogue as a method for settling disputes among civilized nations must comply with its requirements,” he said.

“Respecting the great Iranian nation, easing hostilities, and the return of the US to JCPOA will pave the rocky path [to talks],” Aboutalebi said in a tweet on Monday.

Referring to the 2013 phone conversation between Rouhani and Trump’s predecessor, Barack Obama, Aboutalebi said Iran has showed its openness to talks in the past.

Obama and Rouhani spoke by telephone shortly after Tehran and Washington engaged in nuclear talks that led to the 2015 nuclear deal.

Aboutalebi said those talks were meant to be a confidence-building measure that prepares the ground for reaching an agreement by showing the two sides’ good will.

“JCPOA is an achievement of commitment to dialogue. It should be accepted,” he wrote.

However, the spokesman for Iran’s Foreign Ministry Bahram Qassemi suggested earlier on Monday, prior to Trump’s statement, that engaging in negotiations with the “current America” is next to impossible.

“With current America and these policies, there will definitely not be the possibility of dialogue and engagement, and the United States has shown that it is totally unreliable,” Qassemi said.

An Iranian government official announced earlier this month Trump has called Rouhani’s entourage during their visit to New York in September 2017 eight times, but to no avail.

Early this month, Trump said that he expects Iran to call him wanting to make a deal.

“Iran at some point will call me and ask for a deal, and we’ll make a deal,” he said. They are feeling “a lot of pain right now,” he added.