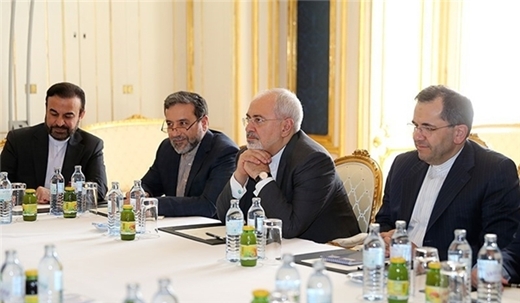 According to the technical annex, all nuclear activities of Iran will continue," the unnamed source said.

A senior Iranian official announced on Sunday evening that drafting the technical annex to the final nuclear agreement between Tehran and P5+1 is nearing completion with only a few items left.

“70 percent of the technical annex to the final nuclear deal between Tehran and the six major world powers has been drafted,” an Iranian diplomat in the nuclear talks underway in Vienna said.

The source, who asked to remain unnamed, further pointed out that the technical annex – which is one of the five annexations of the final agreement – covers issues such as “nuclear research and development, Fordo nuclear enrichment center, Arak heavy water reactor, and the type of the centrifuges that will be used by Iran for the production of stable isotopes”.

He added that “the technical annex is about 32 pages, and only a few items have been left open”.

“According to the technical annex, all the nuclear activities of Iran will continue,” he emphasized.

Yet, the negotiator expressed cautious optimism about attainment of a final nuclear deal.

The Iranian negotiator also categorically rejected reports by the AP and The New York Times saying that Iran has agreed to send its enriched uranium stockpile to Russia, saying there are four options on the table which are still under discussion, including dilution of the enriched uranium, exchanging it with raw uranium plus the enrichment costs, and selling the excess fuel.

He said one of the six parties to the talks has even offered to purchase Iran’s excess nuclear fuel.

The diplomat further regretted the International Atomic Energy Agency’s (IAEA) reliance on unauthentic intelligence with regard to PMD (possible military dimensions), and said it regrettable that the UN nuclear watchdog agency’s assessment of this issues has dragged on for almost a decade.

As for the IAEA Director-General Yukiya Amano’s recent visit to Tehran, he said, “Amano was told Tehran wants the IAEA to rapidly present its report on the PMD allegations and close the case.”

The diplomat reiterated the untruthful nature of the PMD allegations, and said it is not at all a difficult job for Tehran to prove that these claims are all baseless and wrong.

Amano said on Saturday in uncertain remarks that his organization might eventually prepare a report on allegations about possible military dimensions of Iran’s past nuclear activities by the end of 2015.

The Iranian negotiator also added that “the IAEA deputy director will arrive in Tehran on Sunday night to resolve the PMD issue as soon as possible,” official added.

An informed source told FNA earlier that the delegation is slated to hold talks with the Atomic Energy Organization of Iran (AEOI) officials over the PMD allegations.

Iranian officials have repeatedly underlined Tehran’s determination to reach a final deal with P5+1, and called on the other side to adopt a realistic approach toward a final deal.