Iranian negotiator hopeful a deal is clinched before July 1 deadline 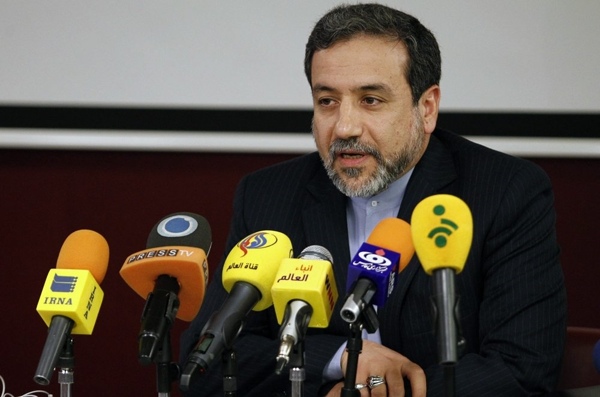 In spite of some disagreements over some phrases or parts, a great deal of job has been done, Araghchi said.

There is hope that Iran and world powers reach a final deal over Iran’s nuclear program before a July 1 deadline, Iran’s top negotiator was quoted by Mehr News Agency as saying upon his arrival in Vienna, Austria Tuesday.

Araghchi went on to say, “We succeeded in producing a first draft in New York and from now on we will continue to work on it.”

He added, “The draft is based on the terms and solutions hammered out in Lausanne. We need to stay committed to what was concluded in the Swiss city and will only negotiate within that framework to put the final deal on paper.”

When asked about how far they have gone in addressing the outstanding questions, Araghchi said, “As for some paragraphs there is disagreement over one phrase, whereas in some others we disagree over one sentence or the whole passage. However, a great deal of job has been done so far.”

The negotiator said, “We will have a bilateral meeting with the Americans on Thursday. We will also hold talks with the Chinese delegation on the same day.”

We will definitely have a meeting with the Russian delegation, Araghchi said, adding, “We will hold talks with Europeans either as part of a single session or separately.”