Iranian Navy has no plans to leave the Gulf of Aden: Commander 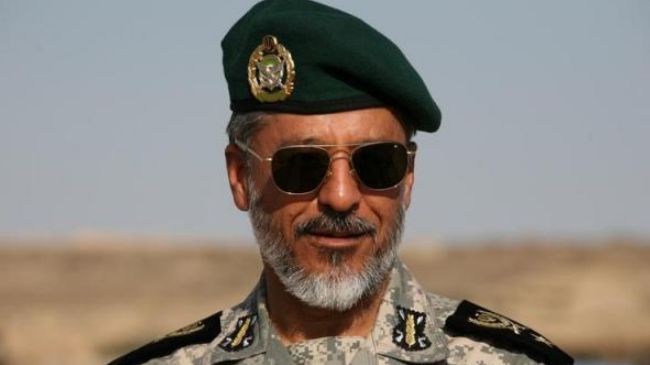 Commander of the Navy said Iran's naval presence in regional waters is aimed at ensuring safe navigation for commercial vessels.

Iranian naval patrols aimed at ensuring security for commercial vessels in the Gulf of Aden will continue, Commander of the Iranian Navy Rear Admiral Habibollah Sayyari said Saturday, adding Iran won’t allow any country to board its vessels without any sound reason.

On April 25, Tasnim News Agency quoted the top commander as saying Iran’s naval presence in regional waters is in line with international rules and regulations and aimed at ensuring safe navigation for commercial vessels, denying American and Saudi allegations that Iran is sending weapons to Yemeni fighters.

He went on to say his forces have received no warning from American vessels in the region and that the presence of Iranian squadron in the Gulf of Aden has nothing to do with Saudi attacks on Yemen.

Rear Admiral Sayyari said as a result of Iran’s presence in the region more than 2,700 Iranian tankers or commercial vessels have made safe journey in regional waters. “We have engaged pirates on close to 200 occasions. Three pirates have been arrested and handed to judicial authorities.”