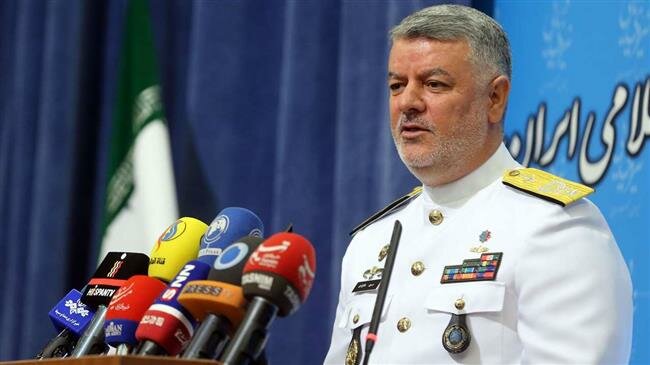 Heading a high-ranking military delegation, Khanzadi began his trip on Saturday morning upon an official invitation by his Chinese counterpart.

Before leaving Tehran, Khanzadi said the most important goal of his trip was to develop interaction and contact between the navies of Iran and China.

He also expressed hope that the two navies would increase their cooperation in the near future after identifying all capacities in the maritime technical, educational and operational sectors.

Khanzadi further underlined the need for respecting maritime resources and interests of the regional countries.

“The navies of the regional countries can provide security of the Indian Ocean,” he said, adding Iran does not accept of the presence of trans-regional navies in the region.

Khanzadi also said he would offer Iran’s technical advice on how to reach collective security in different regions, such as the Indian Ocean, during talks with his counterparts.

China’s naval celebrations are set to be held in waters off the eastern Chinese city of Qingdao in Shandong Province on April 22- 25.

It has also managed to foil several attacks on both Iranian and foreign tankers during its missions in international waters.