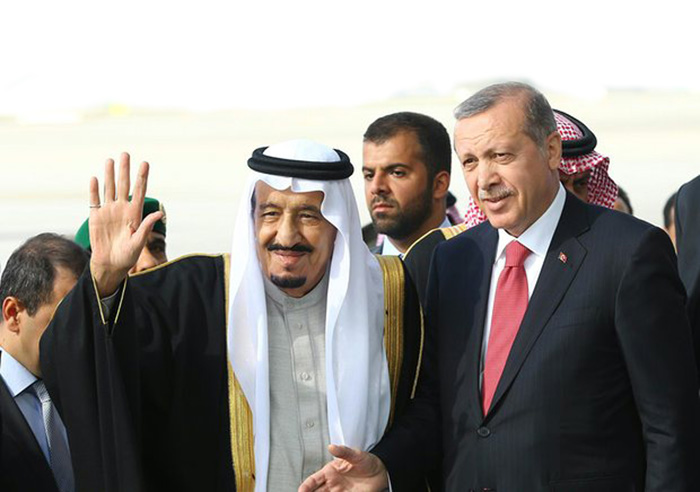 A couple of Iranian Parliament members referred to the history of Saudi Arabia’s interference in the domestic affairs of Middle Eastern countries, and did not rule out the possibility of Riyadh’s role in the recent failed coup in Turkey.

According to a report by ICANA, as translated by IFP, Ali Asghar Yousefnejad and Akbar Ranjbarzadeh, who are both members of the Parliament’s Governing Board, condemned the Saturday military coup in Turkey.

“Coups are not acceptable in any government. Governments should be formed based on people’s votes,” Yousefnejad said, noting that the history has shown the futility of military coups.

“Although Turkey has an instable structure because of its government’s incapability, the coup should not have taken place, killing Turkish people and causing insecurity,” Ranjbarzadeh asserted.

As regards the role of foreign countries in the coup, Yousefnejad noted, “It is believed that other countries have had roles in the coup. Among these countries, Saudi Arabia is the most possible option, and Al Saud’s interference in Turkish coup is not unbelievable, because such a coup has definitely had foreign backers.”

Ranjbarzadeh also said that although Saudi Arabia does not have enough power to take decisions, it plays the role of an agile soldier hired by the US and Israel.

“If the peace and security of wherever in the Middle East is disturbed, the possibility of Saudi Arabia’s presence there is very high. Saudis are in service of Zionists [Israelis], and are pseudo-Muslims under the control of Washington and Tel Aviv,” he added.

“As Saudis caused disorders in the Middle Eastern countries including Syria, Yemen, Iraq, Lebanon, Palestine, and many more, and now they are trying to extend it to Turkey,” Ranjbarzadeh said.

In early Saturday, a military coup launched by a faction in the Turkish armed forces created chaos in the country.

For several hours, violence shook Turkey’s two main cities, as the armed faction which tried to seize power blocked a bridge in Istanbul and strafed the headquarters of Turkish intelligence and parliament in Ankara.

Turkish authorities have rounded up nearly 3,000 suspected military plotters and ordered thousands of judges detained after thwarting the coup against President Tayyip Erdogan.