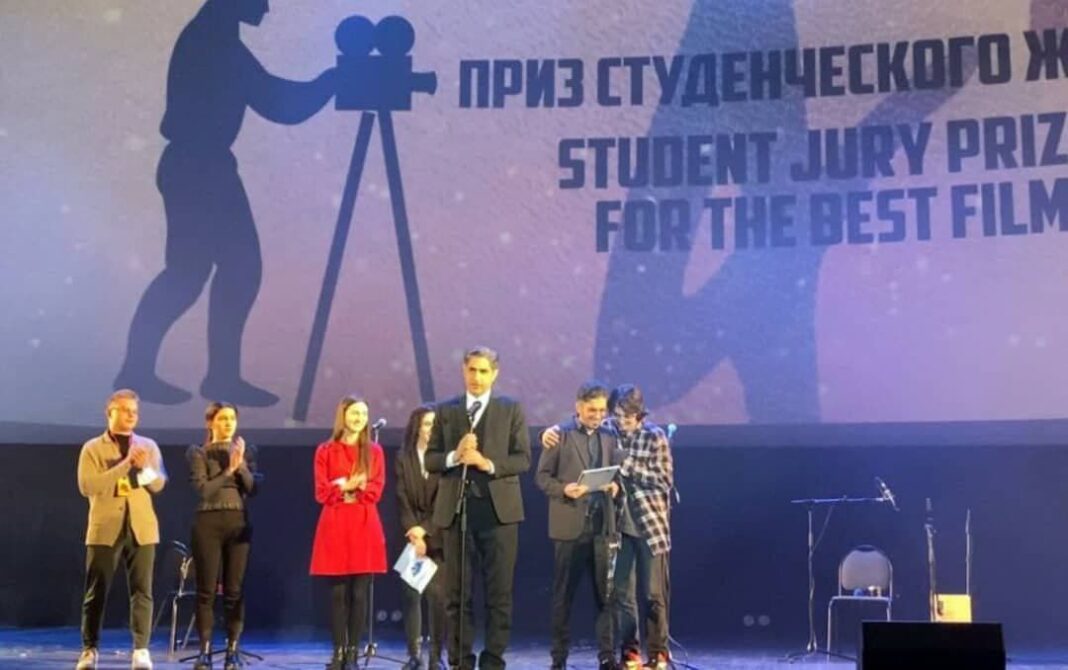 The Iranian movie “Khonyar’s Children” has stolen the show at the 41st International Student Festival organized by the Russian State University of Cinematography (VGIK).

The movie directed by Arman Gholipour won the Special Diploma of the jury at the event where 86 movies from 48 countries competed.

Three movies from Iran were among the films screened at the festival.

In addition to award-winning “Khonyar’s Children,” two other Iranian films, namely “The Look” directed by Farnoush Samadi and “Aparat” by Hassan Najmabadi also took part in the festival.

The VGIK International Student Festival is one of the oldest student film showcases.

The first Festival was held in 1961. The main film competition consisted of 29 films, the Grand-Prix being granted to Andrei Mikhalkov-Konchalovsky for his diploma work “The Boy and the Dove”.

But it was only at the 9th Festival in 1972 where international prizes were awarded for the first time.

The first awardees were B.Boghinovsky from Bulgaria for his film “The 17th parallel” and the Karpenko-Kary National Institute of Performing Arts for the presented film program.