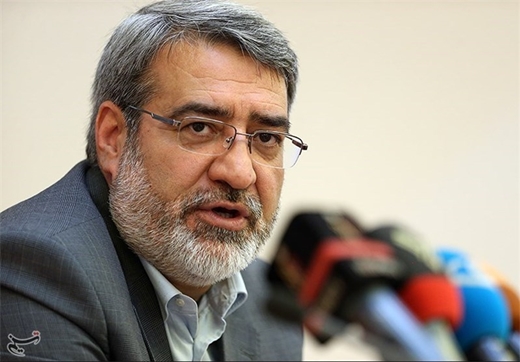 Iran-Turkey relations have a significant role in establishing regional security and development, said Rahmani Fazli in a meeting with the Turkish ambassador to Tehran.

Iran’s Interior Minister Abdolreza Rahmani Fazli highlighted the roles that Tehran and Ankara play in regional stability and stressed the need for closer cooperation between the two neighbors in counter-terrorism efforts.

In a meeting with Turkish Ambassador to Tehran Reza Hakan Tekin on Tuesday, Rahmani Fazli touched upon recent developments in the Middle East, saying, “Bilateral relations between Iran and Turkey have a significant role in establishing regional security and development.”

Tehran-Ankara relations are based on “deep-rooted historical, cultural and religious ties”, the Iranian minister said, adding that the two countries should make efforts to further boost the ties.

He also underlined the necessity for the promotion of mutual cooperation between the two neighboring countries in diverse security areas, the fight against terrorism and the Islamic State in Iraq and the Levant (ISIL) in particular.

The ISIL Takfiri (extremist) group is believed to be supported by the West and some regional Arab countries.