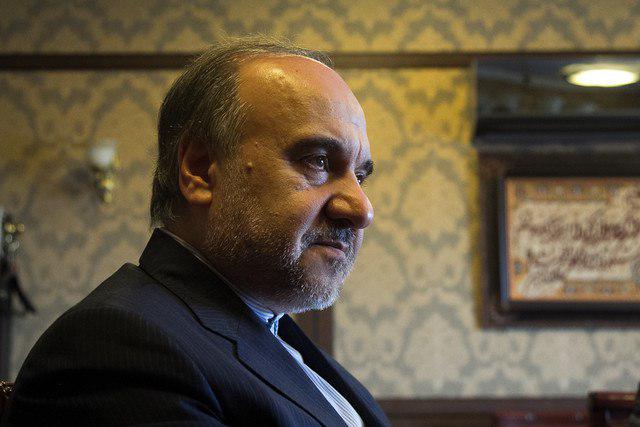 Iran’s Minister of Sports and Youth Affairs Massoud Soltanifar has called on the Federation Internationale de Football Association (FIFA) to release the Islamic Republic’s frozen money as soon as possible.

In a Sunday meeting with FIFA Secretary-General Fatma Samoura on the sidelines of the World Cup 2018 in Russia, Soltanifar thanked the FIFA official for her hard efforts to pave the way for releasing the blocked money in the wake of the Iran nuclear deal.

He expressed hope that the money is paid to the national team of the Islamic Republic of Iran and deposited in the bank account of the Iran’s Football Federation very soon, a report by Fars News Agency said.

According to the Iranian Minister, part of the money is set to be used in the establishment of a football camp in Iran.

Iran must receive $7 million to $8 million in FIFA funds, which are allotted to teams that make it to the World Cup. The funding is aimed at helping prepare the team for the games. But sanctions on Iran’s financial sector have significantly restricted Iran’s ability to be part of any international transaction.

Soltanifar also thanked the FIFA official for paving the way for Muslim female footballers to attend international matches in their Islamic Hijab.