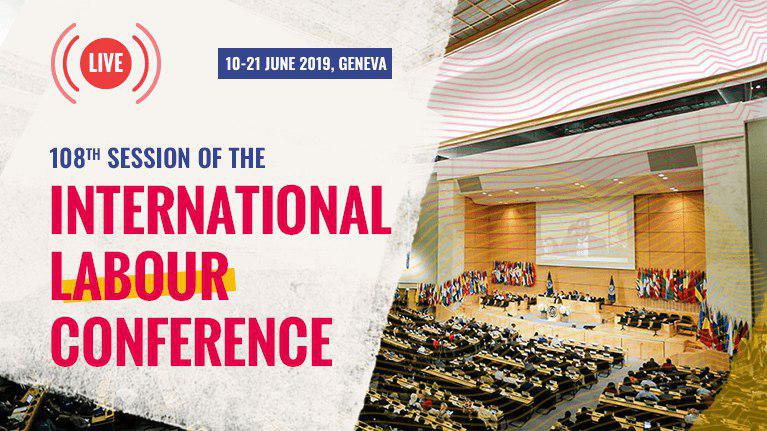 Iranian Minister of Labour Mohammad Shariatmadari has left Tehran for the Swiss city of Geneva to attend the 108th session of the International Labour Conference.

The conference was kicked off on June 10 at the headquarters of the International Labour Organisation (ILO) and will run until June 21, 2019.

The government of the Islamic Republic of Iran, as one of the founding members of the organisation and a member of the board of directors, has an active role in the ILO’s policy and decision making process.

The agenda of the 108th session of the International Labour Conference will cover thematic debates and events connected to the future of work, including various centenary initiatives.

The Conference, which is often called an international parliament of labour, has several main tasks.

First, there is the crafting and adoption of international labour standards in the form of Conventions and Recommendations. Conventions are international treaties that, once adopted by the Conference, are open to ratification by member States. Ratification creates a legal obligation to apply the provisions of the Convention in question. Recommendations, on the other hand, are intended to guide national action, but are not open to ratification, and are not legally binding.

The Conference also supervises the application of Conventions and Recommendations at the national level. It examines the reports which the governments of all member States are required to submit, detailing their compliance with obligations arising out of ratified Conventions, and their law and practice in respect of Conventions and Recommendations (ratified or not) on which reports have been requested by the Governing Body of the ILO.

Since the adoption of the Declaration on Fundamental Principles and Rights at Work (1998), another important function of the Conference is to examine the Global Report prepared by the Office under the follow-up procedure required by the Declaration. Over a four-year cycle, the Conference examines in turn Global Reports covering the four fundamental rights, namely: (a) freedom of association and the effective recognition of the right to collective bargaining; (b) the elimination of all forms of forced or compulsory labour; (c) the effective abolition of child labour; and (d) the elimination of discrimination in respect of employment and occupation.

The Conference is also a forum where social and labour questions of importance to the entire world are discussed freely – sometimes passionately. Delegates explore the course of social progress in the world, but the central theme is the report presented each year by the ILO’s Director-General. In recent years, these reports have addressed: Social insurance and social protection (1993), Defending values, promoting change: Social justice in a global economy (1994), Promoting employment (1995), The ILO, standard setting and globalization (1997), Decent Work (1999), Reducing the decent work deficit: A global challenge (2001) and A fair globalization: Creating opportunities for all (2004).

The Conference also passes resolutions that provide guidelines for the ILO’s general policy and future activities.

Every two years the Conference adopts the ILO’s biennial work programme and budget, which is financed by member States.