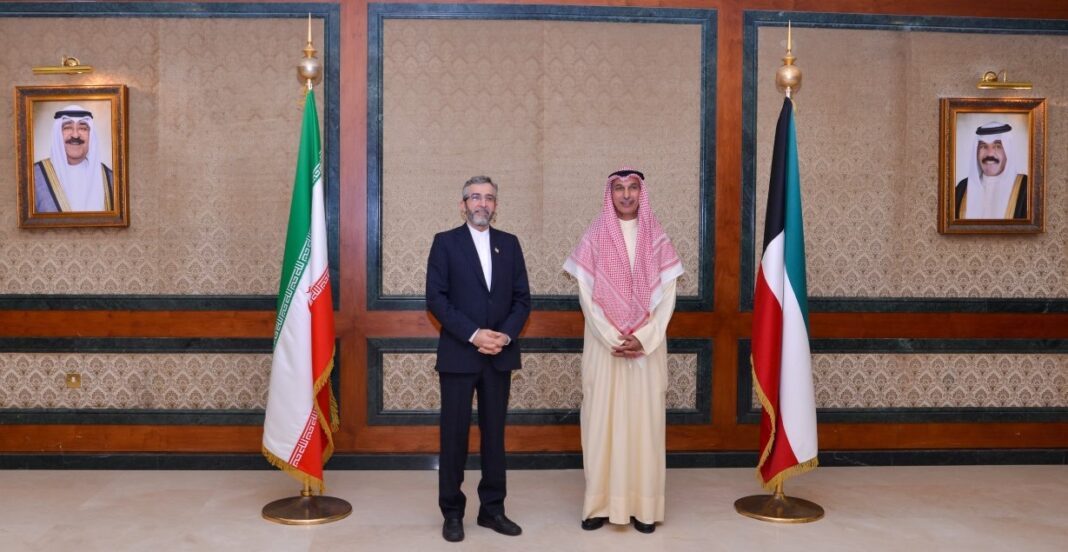 Kuwait’s official news agency Kuna reported on Thursday that Bagheri, who arrived in Kuwait on an official visit on Thursday, held talks the Kuwaiti Minister of Foreign Affairs and Minister of State for Cabinet Affairs.

During the meeting, the two sides explored ways for strong bilateral relations between the two friendly countries as well as the latest developments in regional and international arenas.

On Wednesday, Bagheri met and held talks with Anwar Gargash, a diplomatic adviser to UAE President and discussed bilateral relations between the two countries.

The two sides stressed the importance of developing bilateral relations on the basis of principle of good neighborliness and mutual respect within the framework of common interests, taking serious action in line with establishing more stability and prosperity in the region as well as development of economic and trade relations.

The report came as Reuters had previously reported that a high-ranking Emirati official would travel to Iran soon.