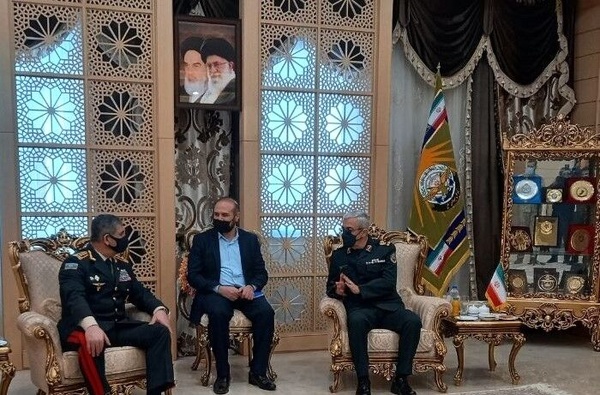 Bagheri was speaking during a meeting with Defense Minister of the Republic of Azerbaijan Colonel Zakir Hasanov in Tehran.

Bagheri added that these terrorists were defeated in Syria and Iraq but were not annihilated and are now trying to expand in Afghanistan, the Caucasus and Central Asia.

Bagheri also noted that the Zionist regime’s presence in the region is a cause for division and a threat to the security and stability of regional countries.

Iran’s Chairman of Joint Chiefs of Staff also spoke of ties between Iran and the Republic of Azerbaijan. He said Tehran is ready to participate in the reconstruction of Azerbaijan’s liberated areas.

Bagheri added that Iran is opposed to any occupation in the region and that the liberation of Azeri territories made the leader of Iran’s Islamic Revolution, happy. He stressed the need for respecting the territorial integrity of all countries, saying Tehran is highly sensitive to the matter.

In the meeting, General Hasanov gave a detailed briefing on the operation that led to liberation of occupied Azeri territories during last year’s 44-day war with Armenia.