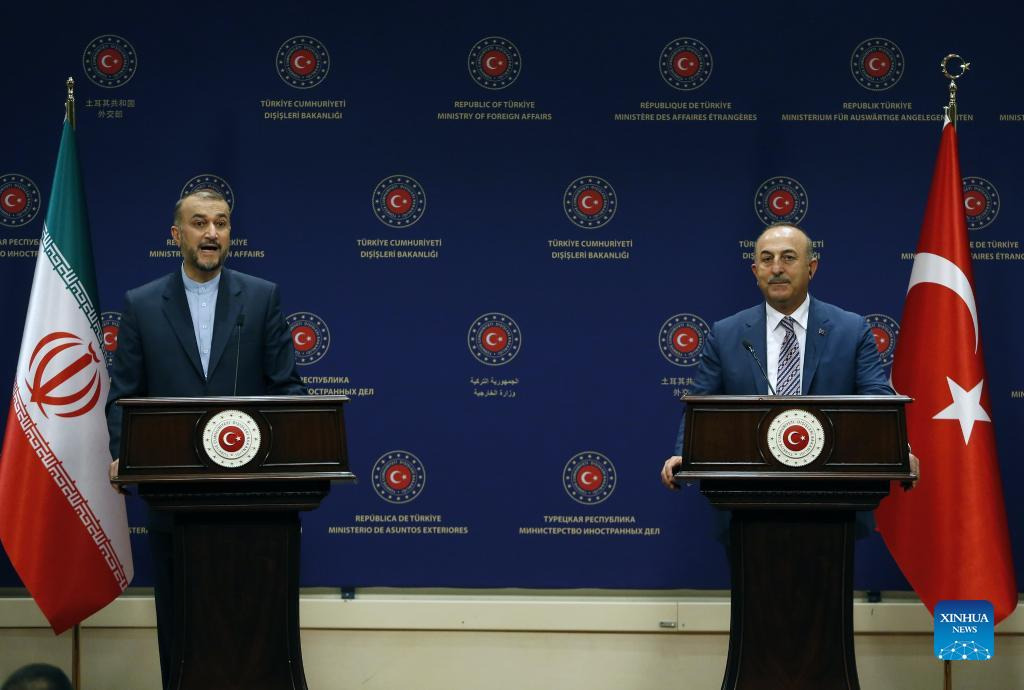 Iranian Foreign Minister Hossein Amirabdolalhian has expressed hope that the US and the European trio act realistically this time around so that Tehran and the P4+1 group will reach an agreement to revive the 2015 nuclear deal, JCPOA.

Amirabdolalhian was speaking at a joint press conference in Ankara on Monday with his Turkish counterpart Mevlut Cavusoglu.

Amirabdolalhian added that he held consultations with Cavusoglu over the matter as well and notified the top Turkish diplomat of the EU foreign policy chief’s recent trip to Tehran.

He then spoke of bilateral ties with Ankara, saying as per the policy of giving priority to neighbors, President Ebrahim Raisi has put expansion of ties with Turkey on top of his agenda.

He then said he gave Cavusoglu a draft long term partnership deal between the two sides during his meeting with the Turkish foreign minister.

Amirabdollahian also described his talks with Cavusoglu as constructive.

The top Iranian diplomat said he and Cavusoglu agreed on holding a meeting of the joint economic commission of Iran and Turkey in the near future.

He also said in the next two weeks, Tehran and Ankara will also hold a meeting to explore ways of tackling haze and dust as well as their adverse environmental impact.

Amirabdollahian then pointed of the Zionist regime’s negative role in the region.

He said Iran views the Zionist regime as the number one enemy of Muslims and the Islamic world.

He said, “We are confident that Turkey will never distance itself from supporting Palestine and the cause of liberating Quds and al-Aqsa Mosque.”

Amirabdollahian however reaffirmed Iran’s view that the Zionist regime is the root-cause of crisis in the West Asian region.