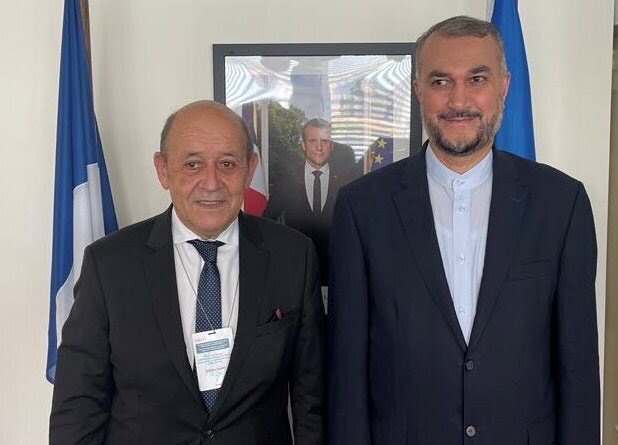 Iran’s Foreign Minister Hossein Amirabdollahian has described his talks with his French counterpart Jean-Yves Le Drian in New York as constructive and progressing. The two met on the sidelines of the UN General Assembly.

Amiradollahian said in a tweet that he harshly criticized the European troika’s inaction in the face of US violations of the Iran nuclear deal and Washington’s sanctions on Iran.

The Iranian foreign minister said he told the top French diplomat that Tehran welcomes an expansion of ties and that the Islamic Republic is pragmatic and judges other governments by their actions.

Amirabdollahian held extensive negotiations with foreign officials including European ones about the Vienna talks that aim to revive the nuclear deal. He reaffirmed Iran’s stance during the meetings, saying Tehran seeks negotiations that would produce tangible results. He also told them Iran is not after talks for talks’ sake.