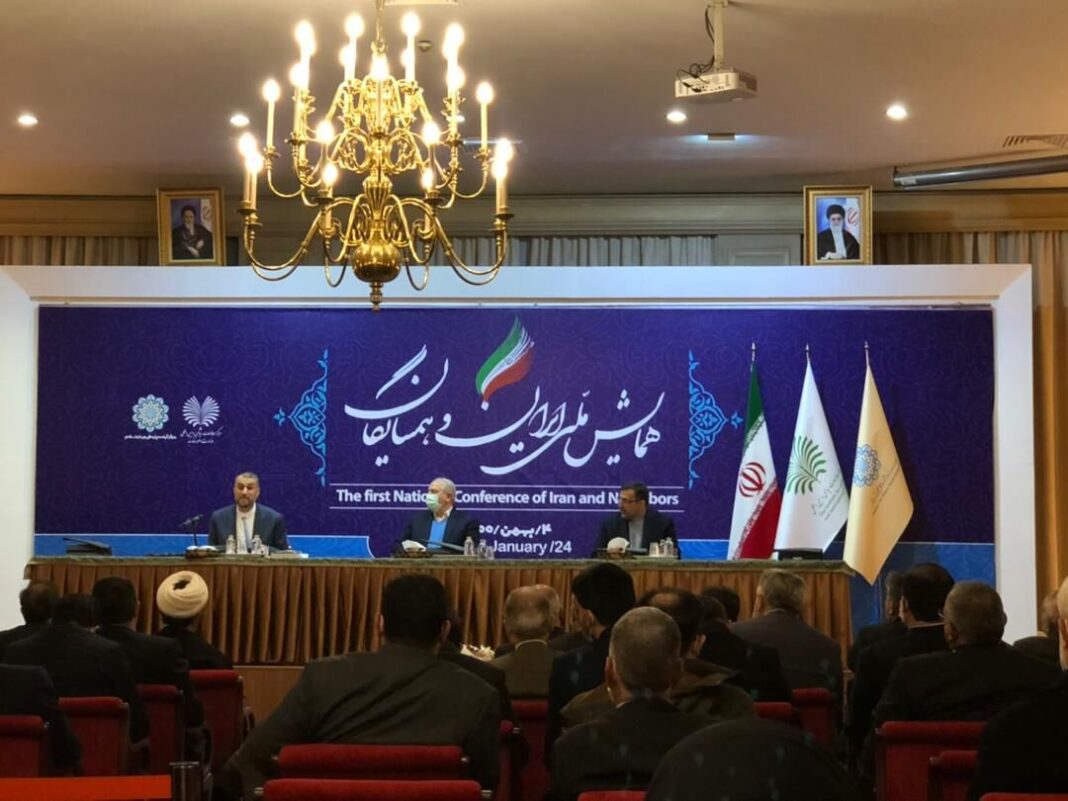 The Iranian foreign minister says Tehran does not ignore direct negotiations with Washington to reach a good nuclear agreement during the Vienna talks.

Hossein Amir Abdollahian added if face-to-face talks are necessary for a good deal with a high level of guarantee, the Islamic Republic will not rule out one-on-one negotiations with Washington.

He made those comments in his closing speech at the National Conference of Iran and Neighbors in Tehran on Monday.

The top Iranian diplomat however denied social media reports that the Iranian negotiating team is holding direct talks with the US in Vienna.

He noted that the US has called for one-on-one negotiations with Iran but Tehran has not yet arrived at the conclusion that it needs to hold direct talks with the Americans.

Iran’s Foreign Minister also said the Vienna talks aimed at reviving the 2015 nuclear deal are headed for a point where technical discussions reach saturation and all sides must make political decisions.

Amir Abdollahian spoke of the European troika’s conduct in the talks. He said when Iran raises the issue of sanctions, the European signatories to the Iran nuclear deal throw the ball into the court of the US.

According to the foreign minister, the Europeans also say the sanctions are about non-paper issues between Tehran and Washington and that the EU only acts as a mediator.
Amir Abdollahian also said when the nuclear issues are involved, the Europeans voice concern and say they are ready for negotiations over all related matters.

The foreign minister said Iran is critical of the European troika because they failed to come up with a new, constructive initiative and tried instead to be logical during the talks in the past few weeks.

Amir Abdollahian singled out France as an example, saying Paris is no longer playing the bad cop role.

He then referred to the role of Russia and China, the other two members of the P4+1 group of countries. Amir Abdollahian said Moscow and Beijing are playing a constructive and positive role and at times they act as conveyors of the messages of the US.