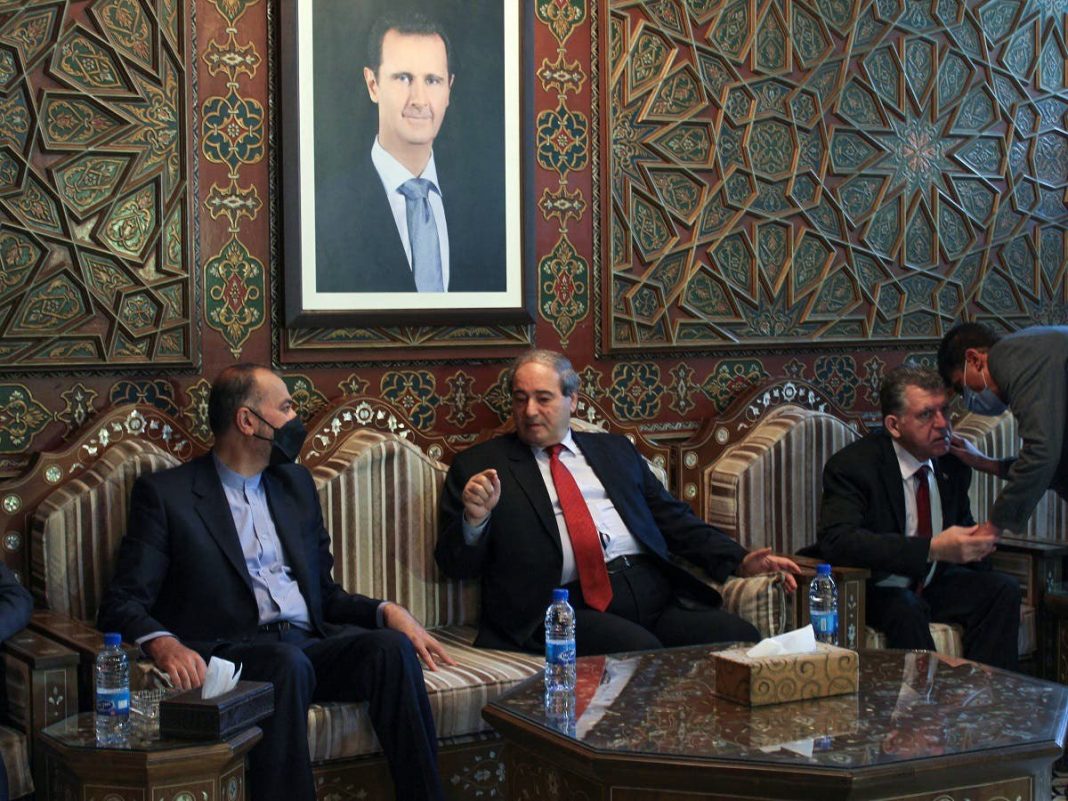 The Iranian foreign minister has said Iran and Syria are on the same front and that the Islamic Republic will continue supporting the Syrian government and people.

Hossein Amir Abdollahian made those comments upon arrival in the Syria capital in the presence of his Syrian counterpart Faisal Mekdad who had come to welcome him at the Damascus airport.

Amir Abdollahian expressed pleasure that ties between Tehran and Damascus are at their best.

He said now trade and economic cooperation between the two sides is the top priority among other aspects.

The top Iranian diplomat said whatever that is in the interest of the people of Syria and Iran is on the agenda of the two governments.

The top Syrian diplomat for his part described Amir Abdollahian’s visit to Syria as an opportunity to hold consultations over important issues for the two countries and also developments in the region.

He noted that coordination between Iran and Syria will continue at the regional and international levels.

Mekdad said Amir Abdollahian will discuss the situation in Ukraine with Syrian officials during his stay in Damascus.