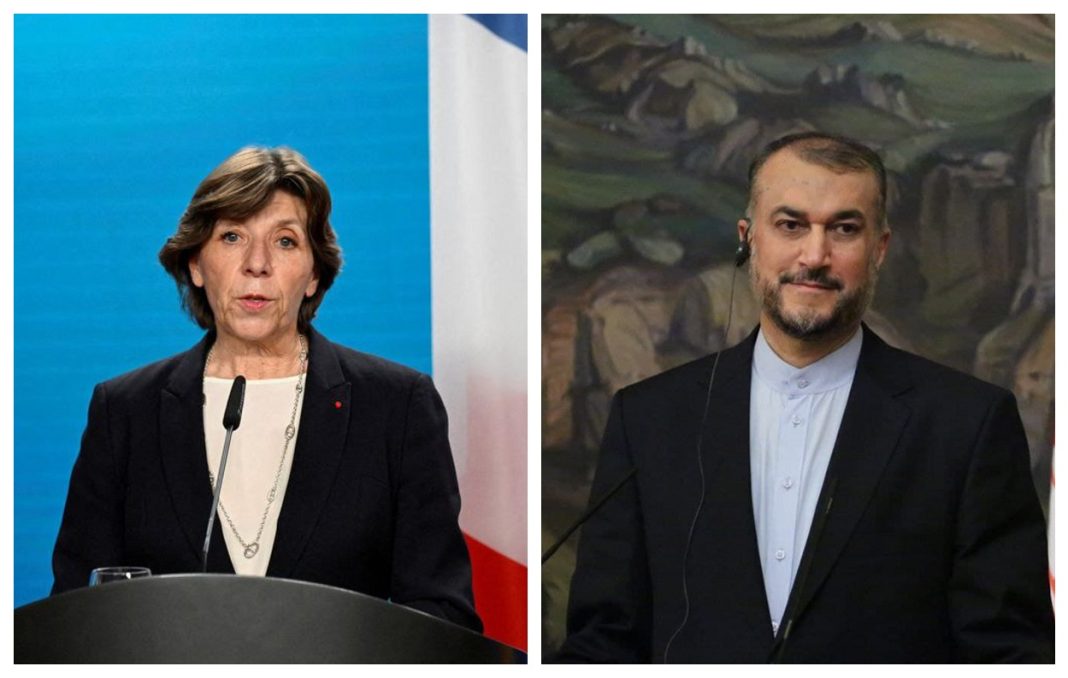 Iranian Foreign Minister Hossein Amirabdollahian had told his French counterpart Catherine Colonna that France has incited the recent unrests and deadly riots in Iran, describing it as unfriendly.

Amirabdollahian made the remarks in a phone conversation with his French opposite number on Wednesday night.

The Iranian foreign minister further criticized “meddling remarks” by some French officials, saying Tehran always prefers the course of dialog and diplomacy but, “as you can see, in a confrontational approach, our action is instant, effective and reciprocal.”

The top Iranian diplomat said the Islamic republic of Iran is closely monitoring the behavior of the European Union and will take the next moves accordingly.

He also stressed the need for Tehran and Paris to focus on dialog and interaction, calling on European countries to not repeat failed policy of sanctions against Iran.

The French foreign minister for her part underscored the importance of ties between Iran and France, saying Paris never meddled in the internal affairs of the Islamic Republic.

Ms. Colonna also noted the importance of preserving bilateral ties between the two countries and said the relations need to be bolstered through dialog.

The top French diplomat further called for the freedom of French prisoners held in Iran.

Tehran says these French nationals are in jail in Iran for espionage, meddlesome activities and acts against Iran’s national security.