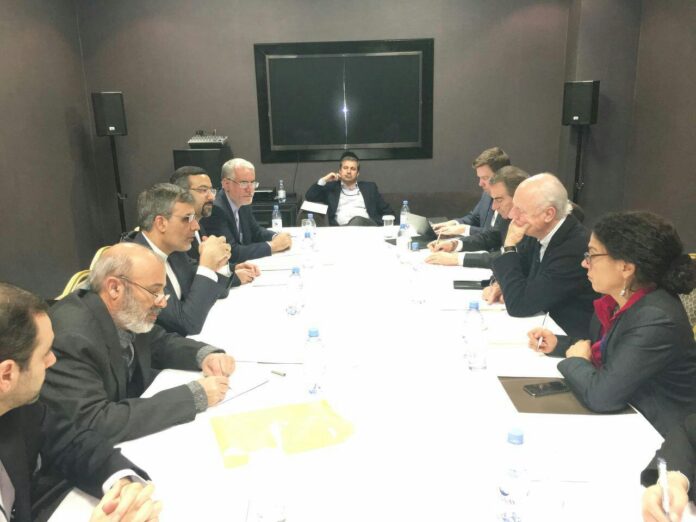 During the Friday meeting, Jaberi Ansari underlined the UN’s decisive role in resolving regional crises. He also outlined measures adopted by the Islamic Republic to contribute to efforts to resolve Syria crisis, especially in the fields related to humanitarian issues.

For his part, de Mistura briefed the Iranian diplomat on the eighth round of Astana Talks attended by the Syrian government and opposition delegations. He also elaborated on the UN’s plan to continue Syrian-Syrian talks.

The new round of Syria peace talks backed by powerbrokers Iran, Russia, and Turkey kicked off in Astana on Thursday. Delegations from Russia, Iran and Turkey along with the Syrian government’s representatives and a 20-strong opposition delegation are in Astana for the two-day talks.

The Astana talks are focused on shoring up the buffer zones, as well as issues including humanitarian aid and freeing prisoners. Recent rounds of talks in Kazakhstan have focused on implementing a plan for four “de-escalation zones” to stem fighting between government and the militants.