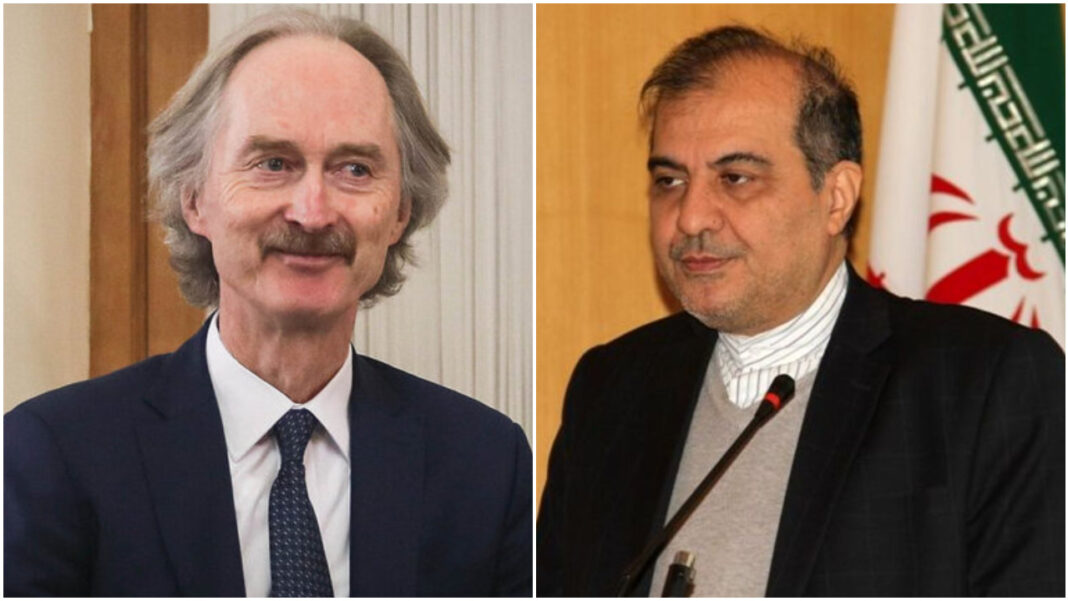 In the talks held on Monday morning, the UN Secretary-General’s Special Envoy briefed the Iranian diplomat on the results of his recent negotiations about Syria in a number of regional countries.

Pedersen and Khaji also talked about the latest progress in holding the next meeting of the Syrian Constitutional Committee, hoping that the fourth session of the committee would convene in the near future.

The two officials further discussed the issues surrounding a conference on the return of Syrian refugees and displaced persons, due to be held in Damascus later this month.

In the Monday talks, Khaji emphasized the necessity of addressing the problems of Syrian refugees and displaced persons as a humanitarian issue that would build trust among the Syrian sides.

Highlighting the positive impacts that the upcoming conference would have on the political settlement of the crisis in Syria, Khaji called for the international community’s active participation in the conference.