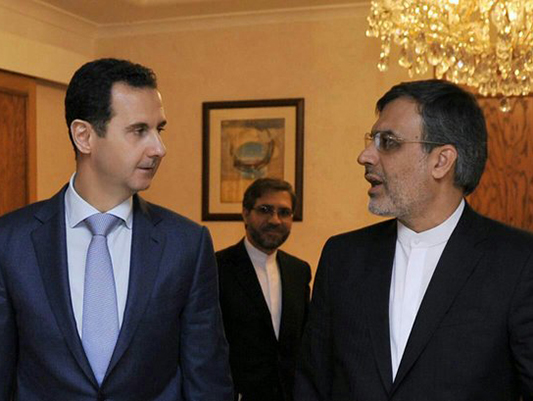 Hossein Jaberi Ansari, a senior assistant to the Iranian foreign minister, has held talks with Syrian President Bashar al-Assad in the Arab country's capital of Damascus.

During the Sunday night meeting, the two sides conferred on the latest developments regarding the formation of Syria’s Constitutional Committee.

President Assad appreciated the efforts made by Iran to form the Committee despite the obstacles put by states which support terrorism.

He also stressed the importance of efforts made by the friends and allies of Syria, particularly Iran and Russia, to stop the interference of some Western states in the political process and consolidating the establishment of  a political process led by the Syrians themselves away from any form of external intervention.

Jaberi Ansari, for his part, briefed President al-Assad on the arrangements made to hold a meeting for the guarantor states of Syria peace, which is expected to be held in the coming two days in Geneva, particularity after agreeing on the final shape of the Committee.

He affirmed Iran’s commitment to continued consultations and coordination with Damascus which showed a great amount of flexibility on reaching the agreement.