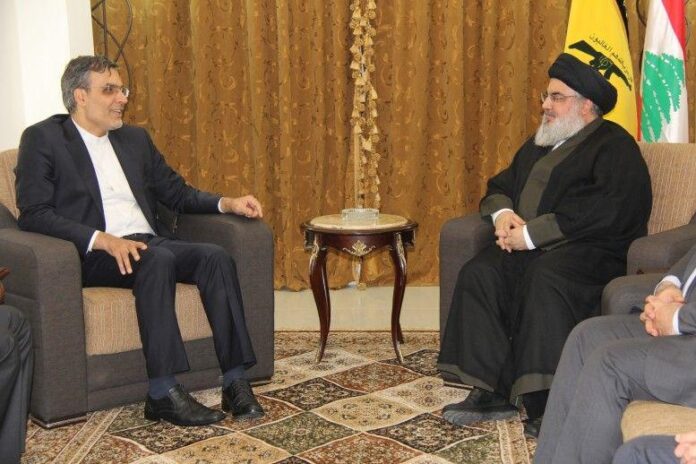 During the Tuesday meeting, Jaberi Ansari and Nasrallah exchanged views about the latest developments in the Middle East, particularly in Lebanon, Syria, Iraq, and Palestine.

Jaberi Ansari offered his congratulations on the recent victories of the Lebanese army and Resistance in fight against terrorist groups.

He also expressed the hope that these victories would lead to further stability in Lebanon.

Nasrallah, for his part, thanked the Islamic Republic of Iran for its support of Lebanon.

He also underlined the internal cohesion between the Lebanese army, resistance forces, people, and government.