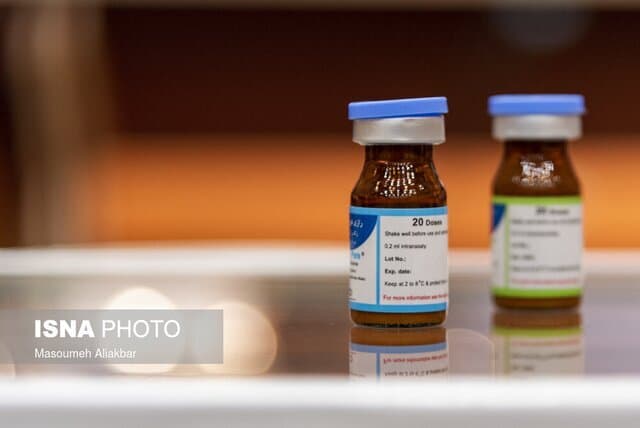 The British website clinicaltrialsarena.com has introduced an Iranian coronavirus vaccine as one of the leading intranasal vaccines in Phase II clinical trials.

“Of the 96 COVID-19 vaccine candidates in clinical trials, eight are intranasal vaccines. Out of these, two are leading the race and in Phase II clinical trials,” wrote the website.

One of the two, as the website said, is “being developed by Razi Vaccine & Serum Research Institute in Iran.”

“The recombinant spike protein vaccine candidate dubbed Razi CovPars is intended to be delivered in three doses; the first two doses are injectable, and the third dose is inhaled via nasal spray. The volunteers participating in current trials are those who have gotten the first and second doses,” it added.

The website also carried comments by the head of the Razi Institute Ali Es’haqi with regards to coronavirus.

“The most important reason for COVID-19 spread was that a group of infected people who were carrying the virus showed no symptoms of the disease, so their respiratory system had to be secured; this inhaled dose activates the Immunoglobulin E (IgE) in the upper respiratory tract two weeks after the inhaling and prevents other people from being [infected],” the website quoted Es’haqi as saying.

“The second phase of the inhaled vaccination will be carried out on 500 volunteers in early June, and after two months, the third phase will start,” he said, as quoted by clinicaltrialsarena.com.

According to the website, the other vaccine is one “being developed by the University of Hong Kong, Xiamen University, and the Beijing Wantai Biological Pharmacy Enterprise, in partnership with the Coalition for Epidemic Preparedness Innovations (CEPI) and is based on a live-attenuated influenza virus.”

“CEPI said it should be possible to scale the production of this vaccine candidate to hundreds of millions of doses and that the vaccine platform can be easily and rapidly adapted to target emerging variants of COVID-19,” it wrote.