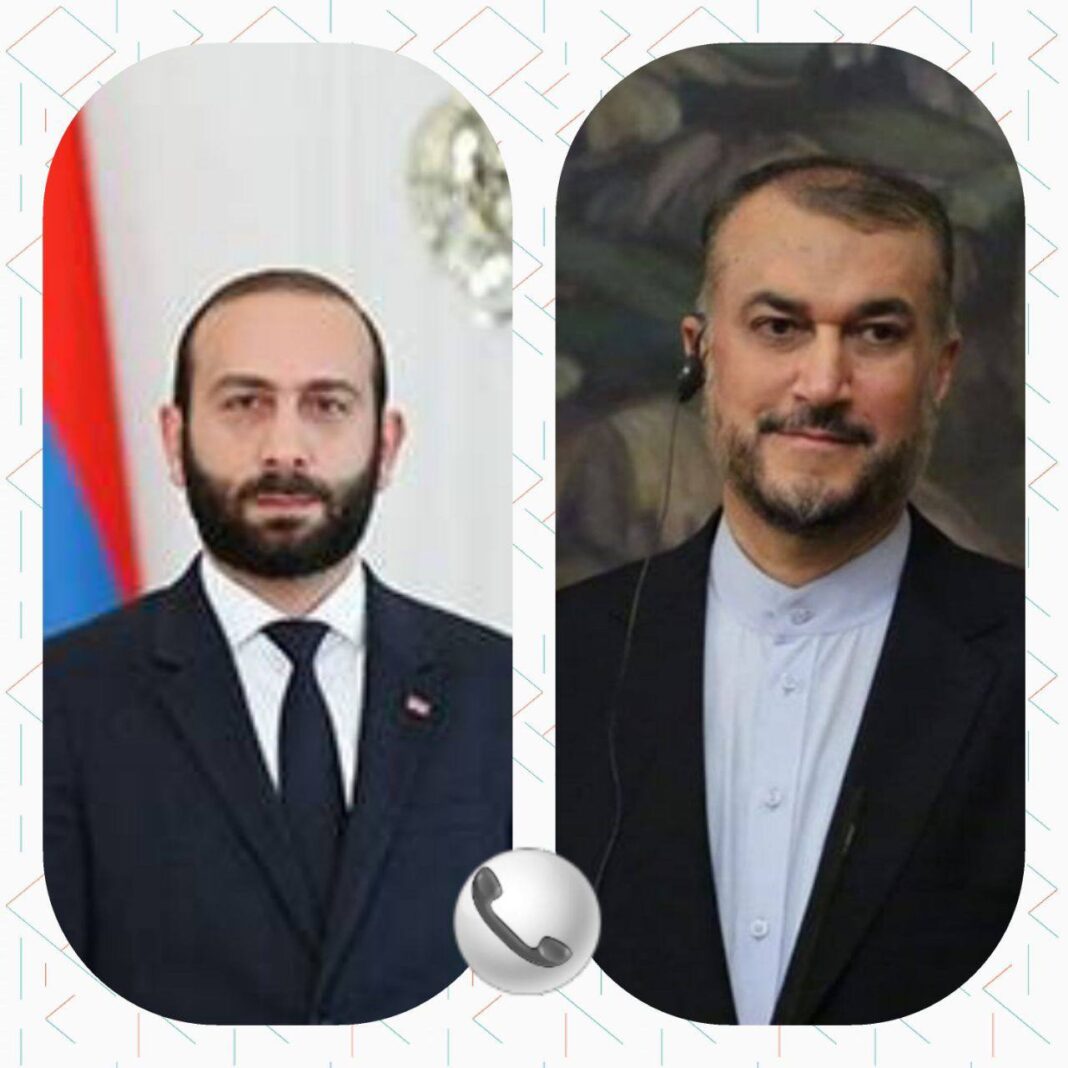 Iranian Foreign Minister Hossein Amir Abdollahian has described the Iran-Armenia relations as strong and progressing during a telephone conversation with his Armenian counterpart Ararat Mirzoyan.

During the phone call, the two top diplomats exchanged views over different issues including bilateral ties, economic cooperation, the Joint Economic Commission of the two countries, regional and international developments.

Amir Abdollahian expressed satisfaction with the growing trend in the Tehran-Yerevan relations over the recent months. He underlined the importance of expanding cooperation between the two sides in the political, economic and other fields.

Iran’s foreign minister said Iranian companies are ready to boost their presence in Armenia and expressed hope that the Join Economic Commission of Iran and Armenia will convene as soon as possible.

The top Iranian diplomat also said the Islamic Republic will not accept any change in the borders of countries in the region.

Amir Abdollahian also voiced concern over the recent hostilities in the Caucasus region and urged restraint and respect for territorial integrity of countries.

The Armenian foreign minister also referred to the proposed roadmap of relations between Iran and Armenia which was emphasized during his recent visit to Tehran. Mirzoyan said Yerevan is ready to hold the Joint Economic Commission and expand trade ties with Tehran.

He thanked the Islamic Republic for its support of the territorial integrity of countries and stressed Armenia’s resolve to boost relations in all fields with Iran.

Iran and Armenia have enjoyed good political and economic relations. Armenia recently built a transit route for Iranian trucks after the Azerbaijan Republic imposed levies on vehicles using another road that passed through