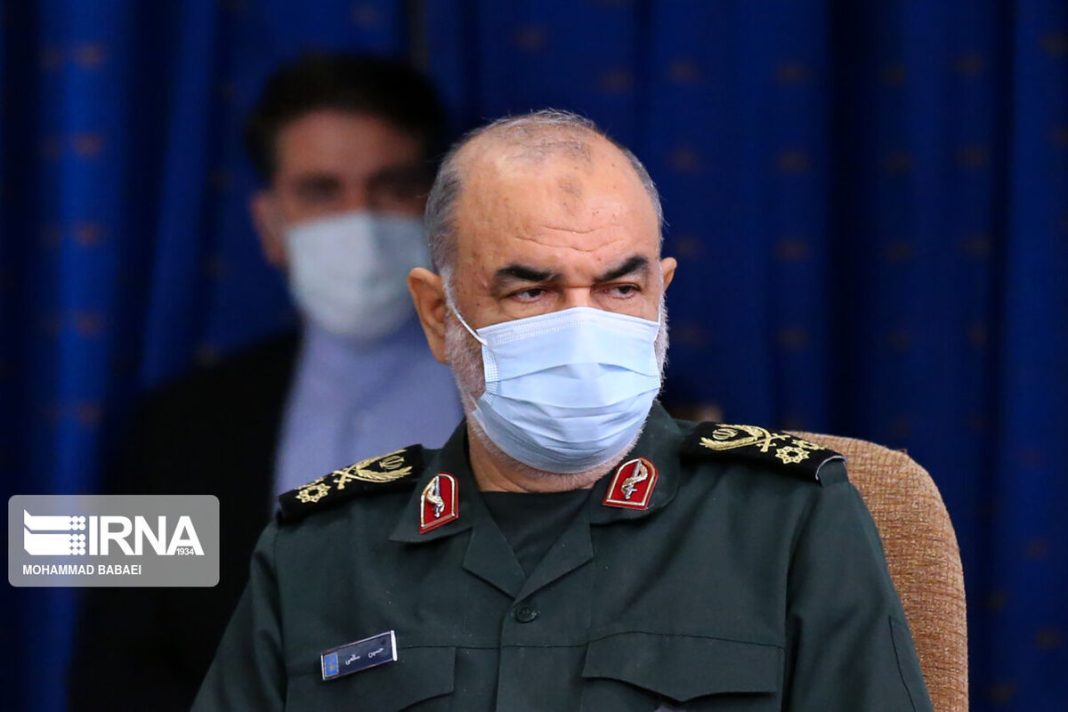 A top Iranian general has questioned the policy adopted by some Islamic countries to rely on Israel for economic and security purposes while “the occupying regime is incapable of even defending itself”.

In a meeting with visiting Chairman of the Joint Chiefs of Staff Committee of Pakistan General Nadeem Raza in the Iranian capital Tehran on Tuesday, Commander of the Islamic Revolution Guards Corps (IRGC) Major General Hossein Salami said Israel and its main ally, the United States, are “enemies of Islam and humanity”.

The Iranian commander warned some Arab states of the “bitter consequences” of normalization of ties with Israel.

The United Arab Emirates, Bahrain, Morocco and Sudan have been slammed by Muslims across the world for signing a US-sponsored normalization agreement with Israel in 2020.
Palestinians have described the deal as a betrayal to their cause and a “stab in the back”.

General Salami had also some harsh words for Washington, saying, “US presence in the Islamic world brings about major divisions, long civil wars, destruction of homes, displacement of people, deprivation of Muslim nations of their own wealth, and insecurity, poverty, and backwardness.”

As a case in point, he highlighted the “irreversible damage” in Afghanistan after the chaotic withdrawal of US-led forces from the country last year following two decades of occupation.

The Iranian and Pakistani commanders also discussed the cordial relations and historical bonds between the two Muslim nations, and stressed on developing intelligence and military cooperation to boost border security.