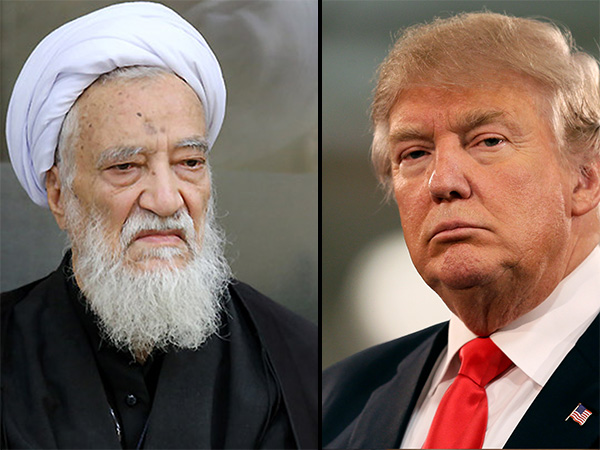 A senior Iranian cleric said the US President Donald Trump has inherited a poor and starving country, and called on him to fulfil the promises he made during his presidential campaign to save people from poverty.

“Mr. Trump! You became the US President thanks to your promises to serve people, revive your country, stop interference in other countries, and fight terrorism,” the Leader of Friday Prayers in Tehran Ayatollah Mohammad Ali Movahed Kermani said.

According to Farsi media reports, the cleric asked Trump to fulfil his campaign promises, and urged him to beware of those who seek to weaken his resolve.

“Know that fulfilling these promises is among the teachings of Islam. Try to remain committed to your promises unlike your predecessors, because human dignity requires that,” he added.

“You have inherited a poor and starving country. Try to separate your way from previous governments, and change the wrong policy of warmongering to the culture of serving Americans and other people in the world,” Ayatollah Movahed Kermani added.

He warned Trump against making mistake in recognizing terrorists, saying, “Those who are defending their lives, families, and country are not terrorists. Previous administrations wasted your country’s assets and budget through their warmongering policies and support for warmongers and arming themselves.”

“It is very difficult to change the arrogant habits practiced by previous officials, but any impossible can be realized through a firm resolve,” he added.